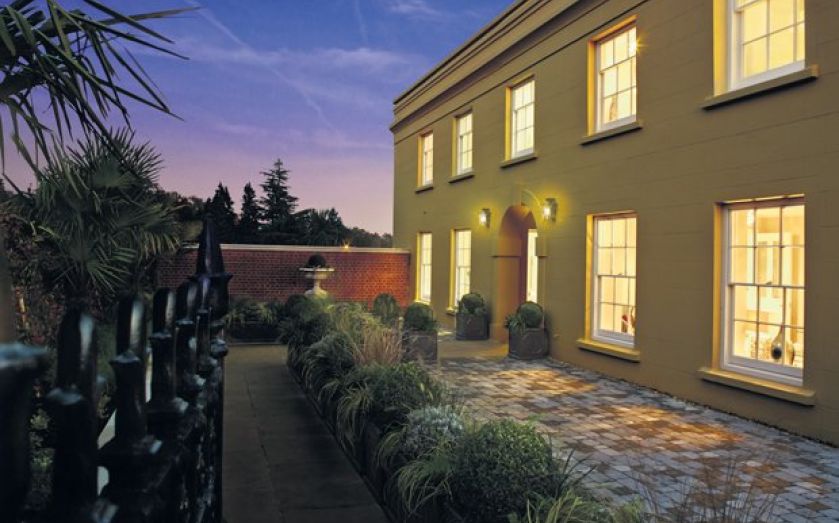 A MANSION that served as the RAF’s headquarters during the Battle of Britain has been converted into luxury family homes that pay homage to its illustrious past.

Bentley Priory Mansion House in Stanmore, north west London, overlooks vast lawns where two replicas of iconic fighter planes, the Spitfire and the Hurricane, sit in tribute to the men and women who worked there during the Second World War.

The building – known as the Fighter Command at the time of the battle in 1940 – is also home to the Bentley Priory Museum which was opened by the Prince of Wales earlier this year.

But Adelaide House, the third of four phases of residential development within the former military headquarters, recently went on the market, comprising a pair of two-bedroom apartments and a pair of three-bedroom flats.

Ranging from 1,073sqft to 1,236sqft, the open-plan living spaces have been designed by heritage restoration developer City & Country who specialise in transforming listed and period properties.

“The unique homes within the building provide another opportunity to own a piece of history within the 57 acre estate.

“With a traditional stucco rendered exterior and either an attractive terrace to the front or handsome stone steps leading to the front door, these are elegant homes that combine the best of the historic with an attractive contemporary interior specification.

“The modern handmade oak staircases, for example, are a strong feature that add a new layer of history to these interesting properties.”

Former RAF Bentley Priory was built in 1766. It was converted into a hotel by Frederick Gordon in 1882. The part of the building that forms Adelaide House was split in two and used as the guests’ smoking room and billiard room before it served as the headquarters of the Fighter Command for the Battle of Britain.

It was converted into one large room by the RAF in 1955 and the building has been home to many notable residents including its namesake Queen Adelaide of Saxe-Meiningen and the Queen Consort of William IV. Distinguished visitors have also graced its halls including Sir Walter Scott, Queen Victoria and Sir Winston Churchill.

But now the appeal of living at Bentley Priory lies in its good transport links – it sits at the end of the Jubilee Line – and the shops, restaurants and cafés nearby in Stanmore High Street.

The area is also home to Bentley Priory Nature Reserve, once part of the mansion’s grounds, which houses a 200-year-old deer park, as well as open grassy areas and nature walks teeming with local wildlife.