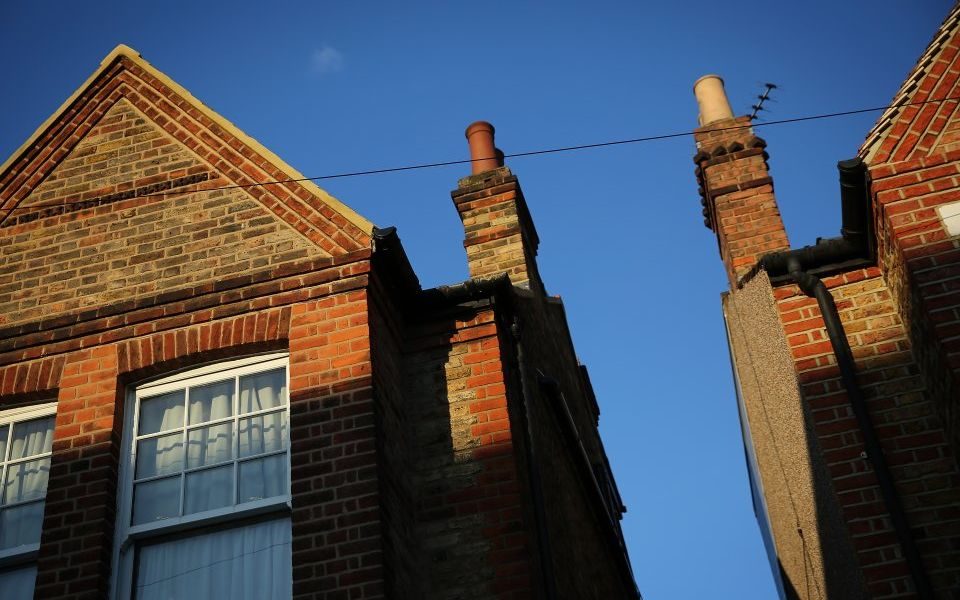 Prices rose 0.7 per cent in March compared to the year before, according to Nationwide’s latest house price index, a modest 0.2 per cent higher than February.

Nationwide chief economist Robert Gardner said: “Measures of consumer confidence weakened around the turn of the year and surveyors report that new buyer enquiries have continued to decline, falling to their lowest level since 2008 in February.

“While the number of properties coming onto the market has also slowed, this doesn’t appear to have been enough to prevent a modest shift in the balance of demand and supply in favour of buyers in recent months.”

But London was the weakest performing area in the first quarter of 2019, seeing prices drop 3.8 per cent year on year – the worst quarterly rate of decline since 2009.

“This trend is not entirely unexpected, however, as it follows several years of sustained outperformance which left affordability more stretched,” said Gardner.

The capital’s latest decline is the seventh consecutive quarter in which prices have fallen, with Gardner blaming high prices and a government crackdown on buy to let.

The average London house price stood at £455,594 over the quarter.

The London commuter belt also dropped two per cent to leave the average price at £355,978.

North London estate agent and former Rics residential chairman Jeremy Leaf said the decline could have been much worse considering the uncertainty around Brexit.

“Although on one hand it is disappointing that activity is not increasing more rapidly, we can take some comfort from not seeing a heavier correction considering significant political distractions,” he said.

“The fundamentals remain in place and we firmly believe that when the odds on a Brexit deal shorten further, pent-up housing market demand will be released, some of which we are already seeing in the land for new homes market.”

The UK was meant to leave the EU with or without a deal tonight but a last-minute extension from the EU means the UK now has until 12 April to agree a way forward.

But if MPs back Theresa May’s Brexit deal at the third time of asking in parliament today then the UK will not leave until 22 May.

Iain McKenzie, chief executive of the Guild of Property Professionals, said the uncertainty means people “will continue to simply sit on their hands”.

“Brexit has created some pent up frustration, but once we get a decision, whichever way it goes, we are likely to see an increase in activity as homeowners who have played the waiting game jump into action,” he added.

“The fact that there has been an overall growth of 0.2 per cent is a testament to the housing market and its resilience even during tough climates.”

But she added that falling prices may coax cautious buyers to return to the market.

“The silver lining for the capital is that on the doorstep there’s every indication that price falls are pulling buyers back to the table, threatening improvements in transaction levels,” she said. “This will leave London better prepared for all eventualities to Westminster's self-defeating and interminable Brexit waggle dance.”

So where do UK house prices stand as MPs debate May’s deal for a third time?

Pendleton warned that the UK housing market’s foundations may not be safe even after a resolution to Brexit is eventually found, with a no-deal outcome a real threat.

“Chaos in the House of Commons is imposing shaky ground on UK streets with the unfortunate threat of further aftershocks a possibility,” she warned.

Founder and CEO of business growth specialist Yomdel, Andy Soloman, added that we should expect the housing market to remain subdued.

“We remain very much in the eye of the political storm that has been building since June 2016,” he said.

But he said that with incredibly low interest rates, a squeeze on available homes to buy as sellers take their properties off the market, and a record high employment rate, the underlying market remains healthy.

“Going forward, this will remain to be the case and while we will see the nation’s previously overstretched and over-inflated markets continue to pause for breath in the short term, the long term should bring further price growth and steady transaction levels across the board,” Soloman said.