Mindfulness, robots and Will.I.Am: Eight things you need to know about Davos 2015 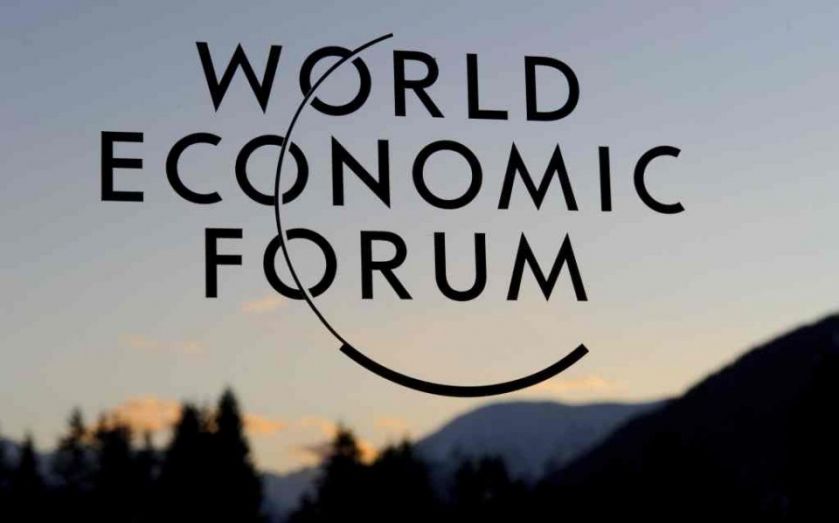 Caloo, calay: it's that time of year again, when leaders flock from the four corners of the globe to a smallish mountain town in the Swiss Alps, so they might wear ridiculous snow boots, slide over ice-covered streets in an undigified manner and generally discuss matters of grave world importance. For today, 2015's World Economic Forum annual meeting in Davos commences.

More than 2,500 participants have rocked up, representing over 20 industries and 100 countries. Of those present, 17 per cent are female, 40 are heads of state (not David Cameron, mind), 1,500 are business leaders and 14 are Nobel laureates.

The average age of participants is 53 for men and 40 for women. The youngest participant is 22-year of Alain Nteff, co-founder of African mobile health platform Gifted Mom, while Shimon Peres, Israel's former president, is the oldest, aged 91.

Despite the focus on climate, many participants arrive by plane. Last year 1,700 private jets flew passengers to the conference, according to Newsweek, while 20 per cent of attendees used choppers to travel to Zurich airport.

2. This year's event is taking place in a vastly different climate to last year

This time last year, European Central Bank chief Mario Draghi was preparing a speech in which he said there were signs of "dramatic" improvement in the Eurozone, while German finance minister Wolfgang Schaeuble was about to explain why the financial crisis was over. Oil prices were beginning to show signs of instability, but only because of protests that blocked Libyan production.

Fast forward 12 months, and the world economy is a transformed place. On Thursday, Draghi is widely expected to announce a programme of quantitative easing, while on Sunday Greeks go to the polls in a vote that could conceivably kick off a Greek exit from the Eurozone. Meanwhile, oil prices are at a record low.

So expect the overall tone to be more cautious and less celebratory than last year.

3. Concerns about global security far outnumber other factors this year

As the chart above shows, the number of sessions focusing on "society and security" is almost double the next-most popular subject, "innovation and industry". Given the political climate, that's hardly surprising: with concerns over terrorist attacks in Europe, the Middle East and Africa at an all-time high, world leaders' thoughts will be turned to solving the problem of political unrest.

4. David Cameron won't be there this year

… although Downing Street hasn't really explained why. Perhaps it's worried about what it will look like if he spends a week hobnobbing with the super-rich in the run-up to a General Election; perhaps it's worried about his safety on the perilously icy streets of the town; perhaps he's just too busy. Either way, he's sending George Osborne in his stead. The chancellor will appear in a panel which includes Shaeuble, legendary fund manager George Soros, Bank of Italy governor Ignazio Visco and Spanish economy minister Luis de Guindos at midday on Friday.

Each day of the conference will begin with a mindfulness meditation session led by expert Jon Kabat-Zinn, aimed at allowing participants to "learn and experience the benefits" of the technique. But that's not all: sessions exploring the importance of mindfulness include a reading of Nicole Schwab's book, The Heart of the Labyrinth, described as "a poetic exploration of mindfulness" and, later, a look at the "neural basis of mindfulness".

7. Elon Musk isn't the only one worried about robots taking over the earth

Artifical intelligence dominates the technology side of the conference, with sessions on "humans vs artificial intelligence" and "robots vs humans". However, worries about impending doom will be balanced out by legendary robotics professor, Red Whittaker, who will kick off the conference this morning with a look at how robotics is revolutionising humanity's ability to explore and master its environment "on Earth and beyond".

8. Everyone will walk everywhere

If you spot fewer executive chauffeur-driven cars than usual, there's a good cause behind it: investment bank UBS has joined forces with the conference's organisers to hand out free pedometers. The idea is that if Davos participants manage to walk an average of six kilometres (that's 3.7 miles), 2,500 bicycles will be donated to African charity World Bicycle Relief, one for every Davos participant. That's based on the fact many children in rural South Africa, for instance, have to walk up to nine kilometres a day to get to school.

"The meeting in Davos is the ideal place to present creative solutions to improve the state of the world," pointed out WEF founder Klaus Schwab. Quite.

Ps. City A.M. will stream the most important sessions of this year's conference, including Osborne's big moment – so keep a close eye on CityAM.com