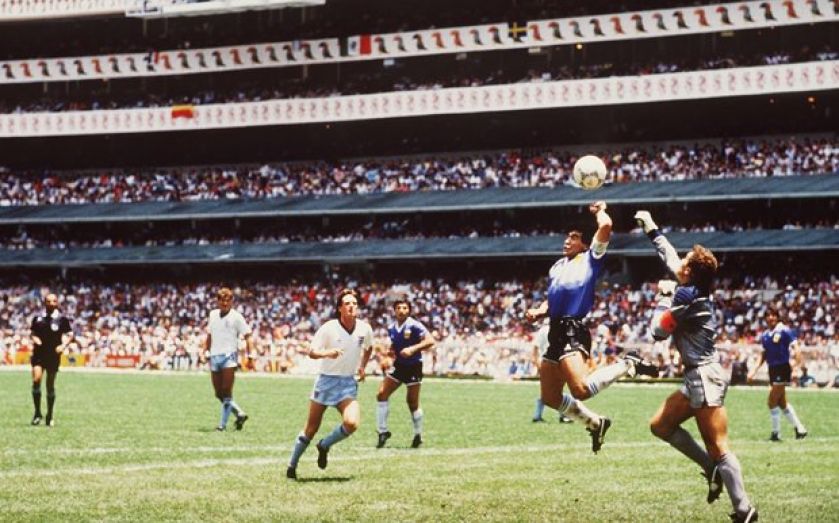 THE WORLD Cup, which starts tomorrow, will spark a huge range of human emotions, from the excitement of victory to the despair of defeat. The effect of football results on national mood is so strong that it can spill over into the stock market and cause swings of billions of pounds. Why?

While the World Cup pits arch-rivals against each other, raring to settle scores of decades past (did Geoff Hurst’s shot cross the line in 1966? Frank Lampard’s in 2010?), there are also long-standing feuds in the halls of academia. The equivalent of England-Germany is the debate over what drives financial markets. The “efficient markets” camp argues that the price of a share incorporates every single piece of relevant information: management quality, product mix, growth options, and so on. Prices end up at the theoretically “correct” fundamental value, as if calculated by an infinitely powerful computer.

The “behavioural finance” team points out that traders aren’t computers, but humans. They’re prone to mistakes and psychological biases. Thus, share prices are affected not only by fundamentals, but also by emotions. Internet shares were wildly expensive in the late 1990s, not because these companies’ prospects were stellar, but because investors had become irrationally exuberant.

Refereeing the “efficient” versus “behavioural” match is extremely difficult. One way to settle the tie would be to compare actual prices against the theoretical “correct” value based on fundamentals. But we don’t know what the “correct” value is. It could be that, based on information at the time, internet shares were fairly valued in the late 1990s, and the subsequent crash only occurred because bad news unexpectedly came out afterwards.

But there is another tactic we can use – study whether prices are affected by emotions. Previous papers looked at whether weather affects the stock market. However, weather isn’t correlated across a country. If it’s sunny in Bristol but cloudy in Manchester, it’s not clear what will happen to the overall stock market. Moreover, the effect of weather is unlikely to be strong enough to drive your trading behaviour, particularly since traders work in insulated offices.

That’s why I chose to look at sports. Sports have huge effects on people’s emotions, these are far stronger than the effects of weather, and they can’t simply be neutralised by the office environment. When England lost to Argentina in the 1998 World Cup, heart attacks increased over the next few days. Suicides rise in Canada when the Montreal ice hockey team loses in the Stanley Cup, and murders go up when the local American Football team loses in the playoffs. International sports, like the World Cup, affect the whole nation in the same way, and lead to a large effect on national mood that is correlated across a country.

Together with co-authors Diego Garcia and Oyvind Norli, I investigated the link between 1,100 international football matches and stock returns in 39 countries in Sports Sentiment and Stock Returns. The results were striking. Being eliminated from the World Cup leads to the national market falling by 0.5 per cent on the next day – controlling for everything else that might drive stock returns. Applied to the UK stock market, this translates into £10bn wiped off the market in a single day, just because England loses another penalty shootout.

The effect is stronger in the World Cup than the European Championship, which makes sense because the World Cup is the bigger stage and conjures up even more emotion. It’s stronger in the elimination stages than the group stages, because if you lose you’re instantly out. It’s also stronger in football-crazy countries like England, France, Germany, Spain, Italy, Argentina and Brazil. We also studied 1,500 other international sports matches and found a similar effect in one-day cricket, rugby, and basketball. We ruled out the explanation that the market declines are due to the economic effects of losses (e.g. reduced sales of replica merchandise, or reduced worker productivity).

Depressingly, we found no effect of a win in any sport. One reason could be that sports fans are notoriously over-optimistic about their team’s prospects. If fans go into each game expecting they’ll win, there’s little effect if they do win, but they become depressed if they lose. Another is the asymmetry of the competition: winning an elimination game merely sends you into the next round, but losing leads to instant exit.

Let’s hope the Three Lions not only give us some cheer on the pitch, but also help to maintain the value of our portfolios.

Alex Edmans is a finance professor at London Business School and Wharton. He authors the blog Access to Finance, which aims to make complex finance issues accessible to a general audience. Twitter: @aedmans. A five-minute talk on the paper is at bit.ly/soccerstocks