World Cup 2018: Why have Asian, African and North American teams stagnated after showing such promise in the 1990s and 2000s? 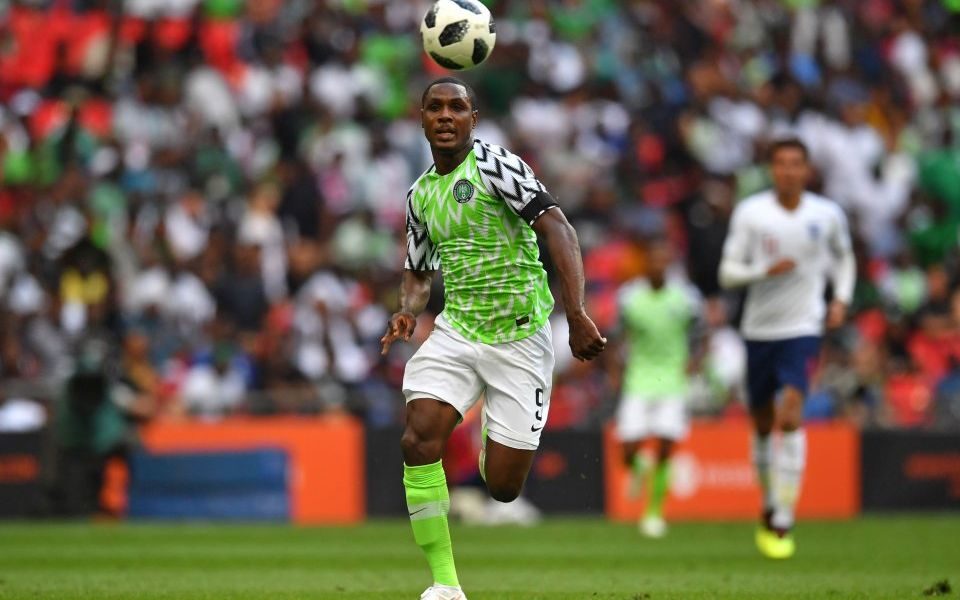 At the turn of the century it appeared that Pele’s oft-cited prediction that an African team would win the World Cup by the year 2000, while not exactly accurate, had at least forecast a coming shift in the footballing world’s balance of power.

In 1996 a Nigerian golden generation featuring Europe-based stars Jay-Jay Okocha and Nwankwo Kanu beat both Brazil and Argentina on their way to an Olympic gold medal to herald the arrival of emerging football nations not only in Africa but in Asia and Central and North America too. The 2002 World Cup was the first to feature teams from all three football federations in the quarter-finals, as the USA and Senegal made the last eight, while co-hosts South Korea shocked the world by beating Italy and Spain on their way to the semi-finals. The Observer said at the time that the tournament should be remembered as “the momentous one when Europe discovered it could not handle Asia and the Asians”.

After decades of teams from outside of the traditional powerbases of Europe and South America largely being seen as points of curiosity to be swiftly dealt with before the knock-out stages, suddenly their sides featured famous names from the pinnacle of European club football. In 2006 it was not unreasonable to consider an Ivory Coast featuring Yaya and Kolo Toure and Didier Drogba or an Australia with Harry Kewell, Mark Viduka and Tim Cahill as dark horses for the trophy.

Yet a decade on at this year’s World Cup and the prospects don’t appear to have got any brighter for the American, Asian and African teams. In fact in some cases, they might have even regressed.

This time, the USA didn’t even qualify. Japan, still reliant on an ageing core of players that came within a whisker of the quarter-finals in 2010, have lost four of their last six games and sacked Bosnian coach Vahid Halilhodzic in a panic in April. Australia’s squad for the tournament features just three players currently playing for clubs in Europe’s top five leagues, compared to 12 in 2006.

In 2014, Asian teams registered zero victories from 12 World Cup matches. A repeat would be no shock. African teams look in better health but, nearly two decades on from the dateline of Pele’s prediction, few are placing them among the pre-tournament favourites. In fact, those are largely the same teams as they always have been: Germany, Spain, France, Brazil and Argentina.

This wasn’t supposed to happen. After all, one of the more palatable aspects of Sepp Blatter’s 17-year reign as president of world governing body Fifa was to open up the game to new parts of the world – exemplified by an expanded World Cup which was awarded to Asia, Africa, the Middle East and post-communist Eastern Europe for the first time. As part of that decentralisation, more than $2bn was distributed to developing nations during Blatter’s tenure – a continuation of predecessor Joao Havelange’s policy.

The explanations for why teams from football’s developing nations haven’t kicked on vary from region to region. In some countries, such as Japan, Australia and the US it is still suggested the greater popularity of other sports such as baseball, basketball or cricket means that their best athletes are diverted away from the football pitch. Tom Byer, the football youth development guru credited with laying the groundwork for stars to rise in Japan, has argued that the gap between Asia’s strongest and weakest teams is too great to give the former the practice they need ahead of a World Cup. In Africa, teams like Ghana and Nigeria have been beset by governance issues.

Yet a more unifying theory behind their struggles may be found in economics. The middle income trap refers to when a nation rapidly grows its economy — often through manufacturing or natural resources — but stagnates before it draws level with developed nations as returns diminish, wages rise and innovation is lacking.

A similar phenomenon may have happened in football, according to a recent academic paper published by economics professors Melanie Krause and Stefan Szymanski, the co-author of the seminal sports economics book Soccernomics.

In “Convergence vs. The Middle Income Trap: The Case of Global Soccer”, a mathematical study of 32,000 men’s national team games between 1950 and 2014 found that the win percentages of teams from Asia, Africa and North and Central America began to steadily improve from 1970 — around the time Havelange took power and increased funding grants — until the last decade when they stalled. In fact, the only regions whose teams have a significantly improved win percentage ranking in the years 2003-14 compared to the years 1975-86 are traditional powers Europe and South America.

“But then to go to the next stage, to start being really competitive on a global stage, you have to be innovative. In recent years we’ve had the Spanish tiki-taka, the Germany high pressing; we’ve seen waves of innovation amongst the leading nations. That’s where the middle income nations are struggling.

Japan, who shone in 2010 with an inspirational Keisuke Honda (pictured) are in terrible form ahead of the Word Cup (Source: Getty)

“The countries from outside of Europe and South America were catching up until the 1990s, but since the ‘90s and 2000s they’ve been stagnant.”

In economic literature, one factor that can explain why some developing countries avoid the middle income trap is regional proximity and integration with richer neighbours with whom innovation and technological progress is shared. Being a part of a European or South American network alongside teams playing cutting-edge football is an advantage teams from Africa, Asia and Central and North America don’t possess.

“The nations that have been improving have been the weaker European nations,” says Szymanski. “Proximity to the dominant group is likely to be an advantage. If Asian teams are predominantly playing amongst themselves it’s something that makes the catch up harder.”

While Fifa’s proposed but heavily criticised plans for a Nations League might offer some solution to the issue, with its suggestion that the best eight teams from each confederation play each other, they would be unlikely to trigger region-wide change.

For now, Pele’s prediction only looks likely to be rendered another four years off the mark in Russia.