Why yak hair is taking over our homes and wardrobes 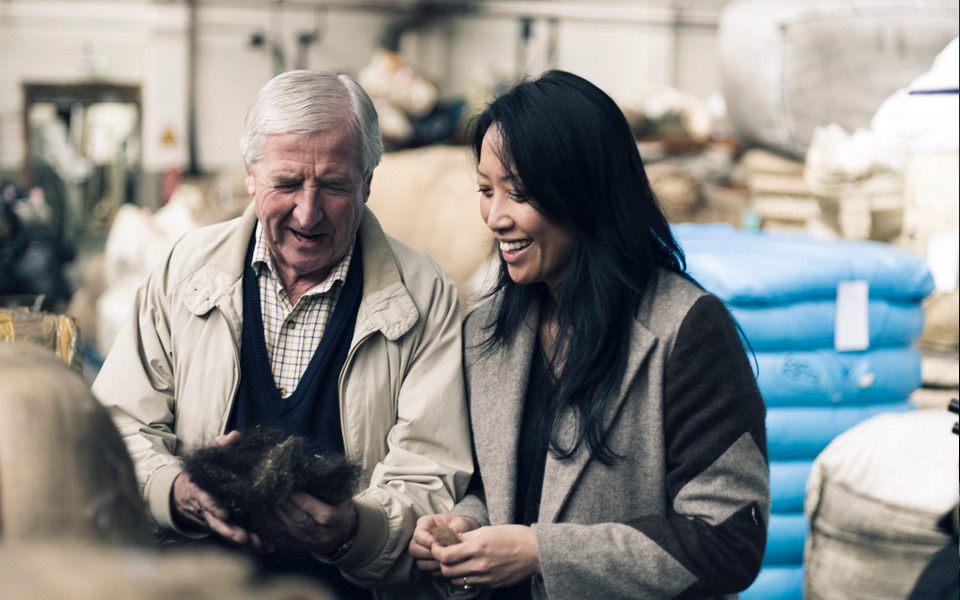 As we sit around our houses staring at the same four walls, we seem to have come to a collective conclusion: short-legged, long-haired ox and even-toed ungulates are in. One of the less predictable trends emerging in 2021 is our increasing propensity to dress ourselves and our interiors in the understated but highly functional elegance of a Mongolian nomadic herdsmen and his “ger” yurt. Mongolia may be remote but it provides some of the most luxurious fibres in the world, including baby yak and Bactrian camel hair.

Read more: Best of travel: We visit Peru in search of an anaconda

“Tengri is a culmination of my lifetime ambition to harness the power of design, research, technology, education and fair business practices,” says Johnston. “We aim to improve individual consumer choice and collective action to sustainably support people’s livelihoods, while protecting wildlife and the environment.

Tengri makes rare fabrics, blankets, throws, mattresses and clothing from the four-legged residents of the “Land of The Endless Blue Skies”. It works with big names including Savile Row’s Huntsman, La Bowtique, Michael Browne and Savoir Beds. London’s Savoy Hotel’s Royal Suite has one of the latter.

Johnston’s ethnic Chinese family were among the tens of thousands of refugees who fled by boat as a result of the Vietnam war. By 1977, when many countries, including the US, granted families asylum status, Johnston’s heavily pregnant mother, her father, older sister and uncle were airlifted from a Malaysian refugee camp to Los Angeles. A few months later, Johnston was born in a hospital on Sunset Boulevard.

Read more: The best of travel: Spending a week in an ‘apocalypse dome’

At the age of four, she worked to support the family in an illegal sweatshop in downtown LA. Her role was to check the hangtags and make sure the clothes had buttons.

In 2013 she was made redundant from her job in social research and decided to go to Mongolia, a region that as a child she’d dreamt of exploring. A veterinary friend practising in the Khangai mountains of western Mongolia invited her and within days she was living with a nomadic herder family, seeing first-hand the challenges they faced. Her business and social impact manifesto were born.

“The family were desperately trying to save money for their young daughter’s education, but many of their animals had died due to a combination of land desertification and a prolonged winter. The nomadic way of life and future of wild animals are also threatened by rapid industrialisation and desertification of the land, largely due to the intensive grazing of cashmere goats, which contributes to climate change.

Khangai yak is a sustainable alternative to cashmere. Unlike  non-indigenous goats, when yak graze, they eat just the top of the grass, promoting biodiversity and sustainability.

Through “serendipitous encounters” and working her contacts she grew a collaborative team of talented, innovative designers and heritage craftsmen. Tengri was able to refine the yarns in the UK, the first technology specialist to do so.

Khangai Yak is as soft as cashmere, warmer than merino, odour-resistant, water-resistant and hypo-allergenic. “I bought my first tonne of yak fibres and soon the herders formed a cooperative. There were 140 families at the time but within a year 1,500 families had signed up. That quickly snowballed into 4,500 families. A local collective became a national collective which became a federation.

“The income of the herder families has increased eighteen-fold and they have been given land rights and recognition by the government. Forty per cent of the population depends on herding.”

Nomadic herders hand-comb baby yaks and camels only once a year, when the animals shed their first winter coat. Only 100 grammes of virgin Khangai Noble fibres are gathered from each yak. The fibres are hand-sorted into four natural colours: cocoa, tan, and the rare, very valuable silver and platinum. Camel fibres come in in blonde, caramel and cayenne.

Khangai Yak fibre is resistant to moths, pilling, water and odours. “It has the strength and durability associated with cervelt [red deer down]. Although Khangai yaks are combed more often than vicuña – annually compared with every three years – the comparable fibre yield is less, making baby Khangai yak fibres rarer than vicuña.” Thus the high prices.

Fluctuations in overnight temperatures intensify the growth of the softest down on the animals’ underbellies. The fibres have outstanding thermal-regulating properties enabling the yaks and camels to thrive in scorching summers and bitter winters. The region’s microclimate contributes to the unique qualities of Khangai yak coats.

The Pennine water also plays a part. Fibres are spun into yarns and woven into fabric at two family-owned mills in Delph, a village in Lancashire famous for textiles since medieval times.

“To create yarns and fabrics of the highest quality, we work with Mallalieus, a family business established in 1856 by two brothers of French Huguenot origin. Johnston also works with R. Gledhill, “spinners of fine woollen yarns”, whose Pingle Mill is in Saddleworth.

“Our fabrics are lightly milled to migrate fibres, increase fabric strength, and give greater surface coverage with a pressed and cropped finish,” says Johnston. “Presented with minimal surface fibre and slight lustre, this cross-seasonal fabric is suitable for suiting and jacketing. To finish our cloths, we use natural methods such as brushing the fabric with wild harvested thistle-like teasel plants. Finally, a gentle steam is applied to the fabric, resulting in a cloth with a lustrous surface that creates a beautiful drape.”

Tengri was the first UK company to take the UN Business for Biodiversity pledge. In the same year, Tengri has been recognised by the Sustainia Foundation as one of the world’s leading sustainable business solutions. A member of the UK Business and Biodiversity Forum and contributor to the UN’s Environment Programme, Johnston is a key player in the UN’s work to assist developing countries implementing sound policies and practices, felt at country, regional and global level. At grass roots, she is also an advisor of the national federation of pasture user groups in Mongolia

“Sustainability used to be very niche. We are also developing capabilities of yarn bio-waste, with new manufacturing techniques to create new woven and non-woven fabrics that have never existed on the market. We’ll be expanding with a whole range of ancient fibres that have existed for thousands of years, but have been overlooked by the industry. and we’ll be launching exciting new lines of fabrics with amazing properties, no additives or environmentally harmful treatments – just respecting and designing based on nature.”

“Everything we make has a noble cause that feeds back to the land, the animals and the people. The unique aspect is being able to share the final outcome of the customers’ journey with the nomadic herders. They just can’t believe that this little fluff in their hand could become this luxurious thing halfway around the world. It’s an end-to-end global community story.”