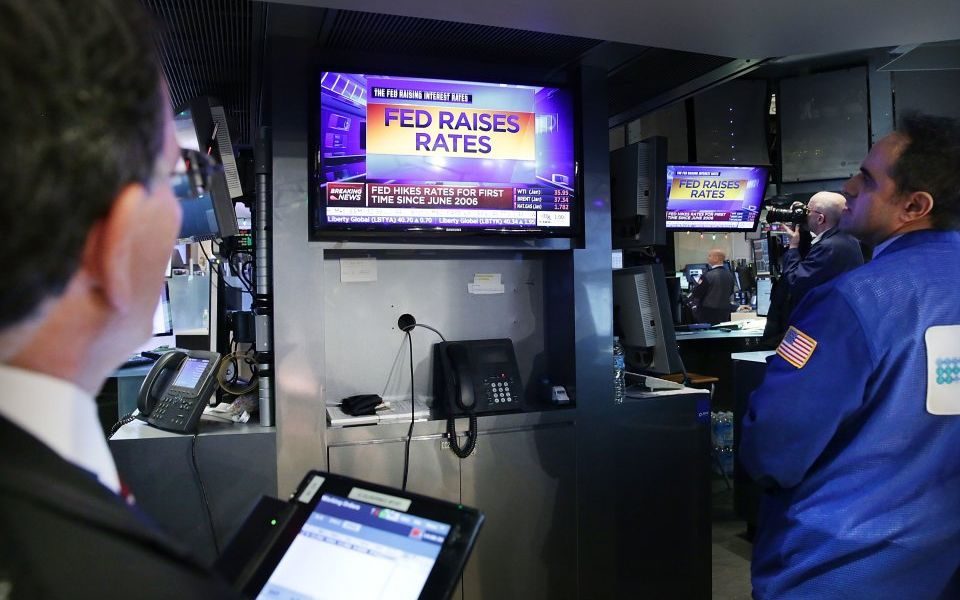 How fast will US interest rates rise? Keith Wade, chief economist at Schroders, explains why the outlook has changed.

With markets seemingly relaxed in the face of a March US rate hike, the Federal Reserve may be emboldened into more rate rises later this year.

Markets have effectively given the green light to the Fed to tighten in March, as inflation expectations remain well contained and long-dated bond yields remain relatively well anchored.

Both will have reassured the Fed, as will the lack of reaction from emerging markets and the absence of a significant surge in the US dollar.

When to expect rate rises

From here, the only hurdle to a rate rise may be a poor employment report on Friday. However, this would be very much at odds with consumer confidence data and business surveys, which suggest the labour market remains in good health.

As a consequence, we are bringing forward our expectation for the next US rate hike to March and now expect three hikes this year, with further moves in June and December. On this basis, the Fed funds’ upper bound would move to 1% next week and end the year at 1.50%.

June remains a close call. We still expect data to tail off as the inventory cycle unwinds and the consumer struggles against rising inflation.

However, this may not be fully apparent until the second half of the year when a clearer picture of the second quarter will emerge.

Nonetheless, slower activity would likely prompt a long pause until December when fiscal plans are known and the first effects of tax cuts will be coming through.

We expect three rate rises in 2018, with the Fed funds rate reaching 2.25% by September.

What it means for stock markets

Rate increases are often seen as bad for equity markets. However, the US stock market has so far taken the prospect of Fed action in its stride. A number of key indices have hit new highs, leading many to ask what might stop the bull market.

Looking at the sector breakdown, the latest leg in the equity rally has been helped by financials, given the prospects for better margins as rates rise. The banking sector is seen as a big beneficiary as interest rates normalise from the very low levels of the financial crisis.

More generally, evidence of a more pragmatic, conciliatory president Trump may also have helped markets looking for him to drive through measures to deregulate, reduce taxes and bring corporate cash back into the US.

Success in these areas will require the support of Congress and last week’s speech will not have harmed the president’s chances.

Not too hot, not too cold

Our analysis suggests that the threat to the broader equity market from higher interest rates would come if we saw a significant selloff in bonds on the back of higher inflationary expectations.

This might give a sense that the Fed had fallen behind the curve. There would then be fears of a more aggressive response to bring inflation under control that would hit growth and corporate earnings.

By contrast, the recent increase in rate expectations is seen as confirmation of an improvement in the growth environment, rather than anticipation of an inflation problem.

Looking further ahead, we do see inflationary risks in the US. It is late in the cycle and the economy is close to full employment.

Acceleration in wage growth, combined with a rise in core inflation, would likely trigger a more aggressive Fed response and the prospect of an equity market correction.

Alternatively, should the US dollar appreciate significantly in response to Fed tightening there would be concerns over US corporate earnings, which would make the market vulnerable given it is trading on a high rating.

For now, the reaction by equity markets – or lack of it – is only likely to increase the prospect of a rate rise in March.

Fed concerns over a disruptive increase in volatility in response to higher rates will have been assuaged by the events of this week, making them more likely to tighten.