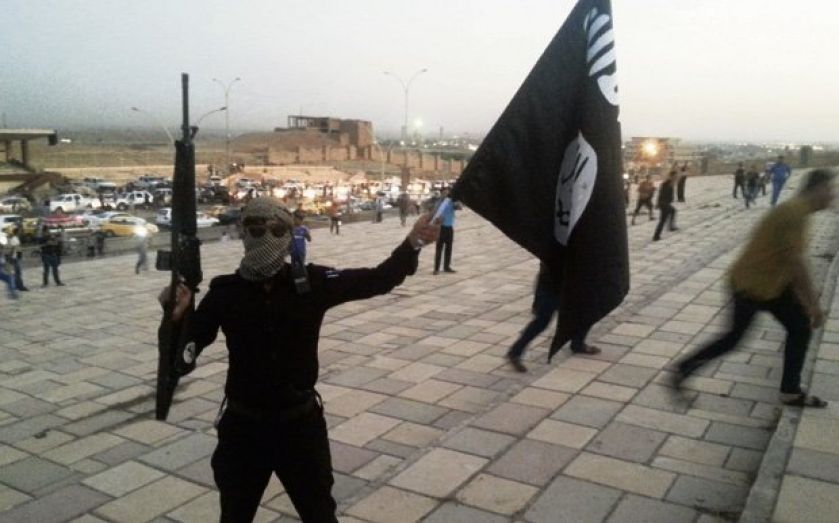 For all that he is supposed to be a master communicator – and despite the oceans of ink spilled on the subject – I must confess I have no idea what exactly  President Obama is trying to do against the Islamic State (IS). The White House talks of degrading and ultimately destroying the militants by taking them on in both Syria and Iraq, but that does not practically explain very much.
Nor is the British position all that much clearer. On Friday, the House of Commons authorised the use of force against the militants in Iraq. But to achieve what goals? Where? How? In what steps? Over what time-frame? On practical policy war aims, both Washington and London are as clear as mud.
At present, the British government – at least in terms of the war resolution worked out with the opposition Labour party – is opting for a containment strategy focused on Iraq, which at least stands a chance of success. The democratically-elected government of Iraqi Prime Minister al-Abadi has formally asked for western assistance in dealing with IS in-country, and there are forces on the ground (particularly the Kurdish peshmerga in the north) which over time might be able to retake territory from IS, with the necessary support of a western bombing campaign.
If the woeful Shia-dominated Iraqi army can hold the ground it presently controls in the south, and the Kurds over time can hold what they control and move slowly southwards, the horribly beguiling aura of IS’s astonishing success will wane.
At that critical moment, all must be gambled on the hope that alienated Iraqi Sunnis can be persuaded to switch sides, as they did once before against al-Qaeda in Iraq, making common cause with both the Iraqi government and the West against their Sunni co-religionists. Given IS’s barbarity and inexperience in running a functional state, there is a chance that this can be done.
The key event in facilitating such a dramatic about-face will be to press the new government in Baghdad to support a meaningful devolution of power within Iraq, ditching its overly-centralised structure and creating a confederal arrangement where the lion’s share of power is given to the three dominant Shia, Sunni, and Kurdish communities.
An inclusive Iraqi central government (and here the political canary in the coal mine will be whether either the key interior or defence ministries is put under the control of a Sunni politician) could just about make this happen. But failing this – and the jury is still very much out on whether the new Abadi government has either the desire or the ability to bring the Sunnis on board – IS can be stopped, but probably not destroyed. In such a case, its further ambitions to control the whole of Iraq might be checked, but they would become a permanent part of the Middle East landscape.
And this high-risk gamble is the only possible western strategy that has any hope of success. Containment in Iraq stands a chance; rollback in Syria none at all.
For the Syrian part of the puzzle, to which the Americans but not the British have signed on as of yet, is fiendishly more problematic. There are no credible pro-western forces on the ground. Even if the Free Syrian Army (FSA) – so recently derided as unfit for purpose by President Obama himself – evolves into the army of Sparta, in around a year it will only have 5,000 troops on the ground, meaning IS will outnumber it in-country by four to one.
We must then indulge in further magical thinking, assuming the FSA will somehow be prevailed upon to take our advice and concentrate on fighting IS, rather than the murderous regime of Bashar al-Assad, who has always been their primary foe. We must also assume that they are properly vetted and don’t sell either their arms or their loyalty to IS.
So in Syria, there are no credible boots on the ground, and there is no sympathetic government there to coordinate with. It is here that the West must avoid the great and all too likely temptation of mission creep. If Syria cannot be turned around, as is almost certainly true, the West must cut its losses and not double down, endlessly fighting an unwinnable war. For that is a recipe for unmitigated disaster, and is just what IS is murderously goading us to do.
This time, we must not take the bait.
Dr John C Hulsman is senior columnist at City A.M. He is a life member of the Council on Foreign Relations, and author of Ethical Realism, The Godfather Doctrine, and most recently Lawrence of Arabia, To Begin the World Over Again. He is president and co-founder of John C Hulsman Enterprises (www.john-hulsman.com), a global political risk consultancy, and available for corporate speaking and private briefings at www.chartwellspeakers.com.