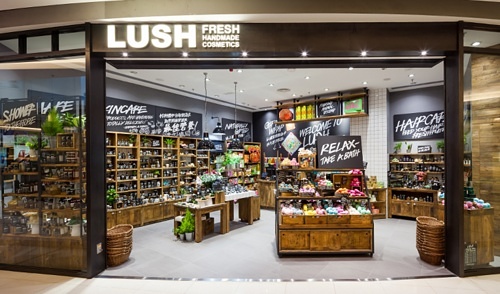 Tapping into a dissatisfaction with social media, cosmetics firm Lush recently announced that it would move away from it, justifying its decision by drawing attention to the financial and ethical cost of using social media.

The move marks Lush as the latest brand to take a new approach online. It’s a global brand, whose environmentally-conscious products appeal to an ethically-aware consumer. Its “switching up social” campaign fits with its independently-minded image and targets consumers who identify with Lush’s fashionably rebellious character.

So Lush’s anti-social media decision fits its brand, its target audience, and taps into a broader community of people fed up with social media.

However, Lush’s strategy is not a one-size-fits-all solution. Budget pub chain Wetherspoons also rejected social media in April last year. With its social channels populated by unhappy clients (found via #wetherspoons), the brand tried to distance itself from this negativity by deleting its presence, focusing more on legacy media and word-of-mouth in a bid to encourage customers to voice complaints in person rather than online.

Apple, conversely, has an active social media strategy, engaging fans on Facebook and Instagram. But its Twitter page is unique. Here, clients are met with an empty feed and the message: “Privacy. That’s iPhone”.

Like Lush, challenging social media is an advertising strategy in itself. For a brand like Apple with huge global reach, this kind of risky strategy works well. It speaks to consumers who feel frustrated and betrayed by social media’s invasive data collection and disregard for privacy.

Lush, Apple, and Wetherspoons all reject social media for different reasons and with different impact.

For Lush, it is about engaging users in different ways, rather than on one channel. For Apple, the rejection of social media breaks the norm, connecting with those who are disillusioned with social media, and communicating that it is not afraid to be different. And for Wetherspoons, the strategy emphasises face-to-face interaction, while also distancing the brand from poor feedback.

And while each brand has a different reason, they all are rejecting social media as the default for user engagement.

Is this a sound strategy? Some users may be confused by this approach and express concerns about alienation and disengagement.

However, such concerns point to a social-media-as-default mentality. Users don’t want to question their own use of social media, and may feel threatened by these controversial tactics, but Lush, Apple, and Wetherspoons want to change the easy convenience of the online world.

By challenging the assumption that brands need a social media presence, these three are disrupting the status quo as they forge a new direction.

Given the risks of using social media – one bad tweet can seriously harm a brand’s reputation – we may see other businesses follow in their footsteps.