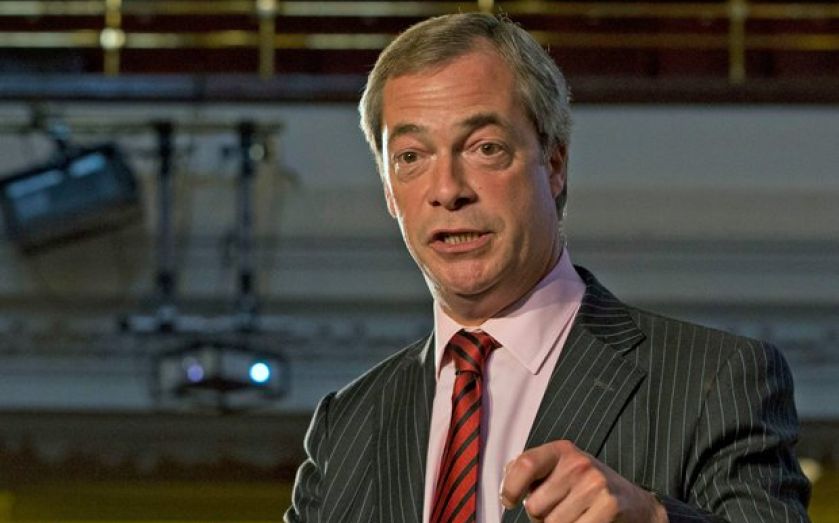 TOMORROW you will be able to vote in a once in a generation election that really will have a lasting impact on the destiny of this great nation. You will either choose not to vote; vote for a party that wants to remain in the European Union; or vote Ukip – a party that believes in a positive future where the UK cooperates with Europe, engages with the rest of the world, is able to make its own laws for the benefit of its businesses, levy its own taxes, and empower its people by being a freely trading sovereign nation.

The EU is a construct from a bygone age designed for a time when the internet, globalisation, mass travel and trade were not even a consideration for its architect Jean Monnet. As it has developed and grown in size, it has moved further away from its original idea of a common market to that of a new country. As EU commissioner Viviane Reding recently pronounced: “We must forge the country, the United States of Europe”. I don’t believe that is what the people of Britain or Europe want, but it is what they will get if we remain “in”.

Just as the people were duped into voting for a common market, so the City of London was told the single market was to be a free trade market. It isn’t. It is a highly regulated market with increasingly onerous regulations that damage our competitiveness. It is now estimated that the cost to the UK of EU regulations is £160bn, or 10 per cent of GDP. This is twice as much as the assumed benefits.

The aim of EU regulation is to curtail financial market activity, not to promote it. Despite over 40 years of being at the top table we have not been able to curb damaging regulations like the Alternative Investment Fund Managers Directive, or restrictions on bonuses. The UK government has opposed new directives on 55 occasions and been defeated on each one.

More recently, the European Court defeated the UK on the Financial Transaction Tax. Under the EU Financial Services Action Plan, three new regulators have been imposed on the UK, and over 40 new regulations are proposed. The UK has no power to stop them (with only 8.5 per cent voting power).

The EU also plans to tax citizens and businesses to fund itself. You know where the burden will fall. So rather than be little Europeanists, we should be greater Globalists. I believe that our nation, freed from the regulatory stranglehold of the EU, will embark on a new economic renaissance which will benefit all, while the consequences of remaining in the EU are clear.

So tomorrow you choose which destiny you want for you and your family. In voting Ukip, I’ve made my choice.

Steven Woolfe is economic spokesman at Ukip and a City lawyer.