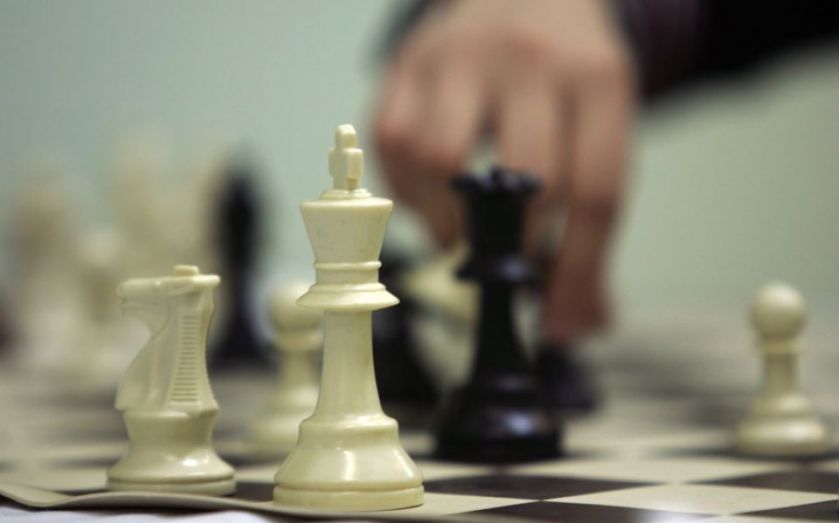 This month saw a host of entrepreneurs and business people line up to bid for the chance to play chess alongside some of the world’s greatest chess professionals in the Pro-Biz Cup, held at London’s Olympia.
The two arenas – those of chess and business – may not seem at first to have any correlation. But many key industry figures, politicians and entrepreneurs have discovered that the skills needed to become a proficient player are very similar to those required in commerce. The development of one could well have a profitable impact on the other. Why?

An opponent in chess, much like a competitor in business, is unpredictable. Business strategy can be planned with the utmost precision, but an unexpected move by a challenger can throw the best plans into disarray. By incorporating flexibility into planning, contingency strategies can be devised, along with a variety of tactics to meet objectives.

HAVE CONFIDENCE IN YOUR ABILITY

Confidence is vital when developing and launching a product or service. It is this confidence which feeds determination and provides the drive to overcome challenges, with successful business people striving not only to meet, but to exceed their goals. Hungarian grandmaster Judit Polgar, considered to be the best ever female chess player, is known and respected for her confident approach to the game. She cites the decision to pitch herself against world-class male players, rather than competing in women-only tournaments, as one of the reasons she is the only woman to ever qualify for a World Championship tournament. She recently became coach for the Hungarian national men’s team.

BECOME AN EXPERT IN IDENTIFYING OPPORTUNITIES

As much as it is a game of logic, focus and strategy, children as young as six have been known to take part in chess tournaments. By playing regularly and challenging themselves, they become adept at the art of spotting opportunities to make progress across the chessboard and, ultimately, defeat their opponents. This same ability is a skill which must be learned by entrepreneurs in order to gain competitive advantage. That said, it is often advisable to analyse a potential opportunity first; to weigh up the possible consequences and decide whether an alternative move might deliver more benefit over the longer term.

Self-discipline is as much a factor in a game of chess as it is in the business environment. The knowledge that mistakes are inevitable can be difficult to accept, but focus must remain firmly on recovery and progress once those mistakes have been made. True learning comes from error and taking personal responsibility for your actions. Anger and disappointment should not be viewed as negative, unproductive emotions, but as drivers towards growth, development, resourcefulness and stronger performance.
It is no coincidence that chess masters such as Josh Manion, Kruttika Nadig, and Peter Thiel – to name but a few – have gone on to become successful entrepreneurs in their own right. A combination of creativity, logic, problem solving skills and focus must surely be a powerful equation for any budding business person – and what better way to practise this self-development than the battleground of a chessboard?
Malcolm Pein is founder and chief executive of charity Chess in Schools and Communities. He has played professionally and trained other players for over 30 years, and teaches chess to fund managers and senior executives with a methodology designed to enhance problem solving and decision making. He also organises the London Chess Classic.