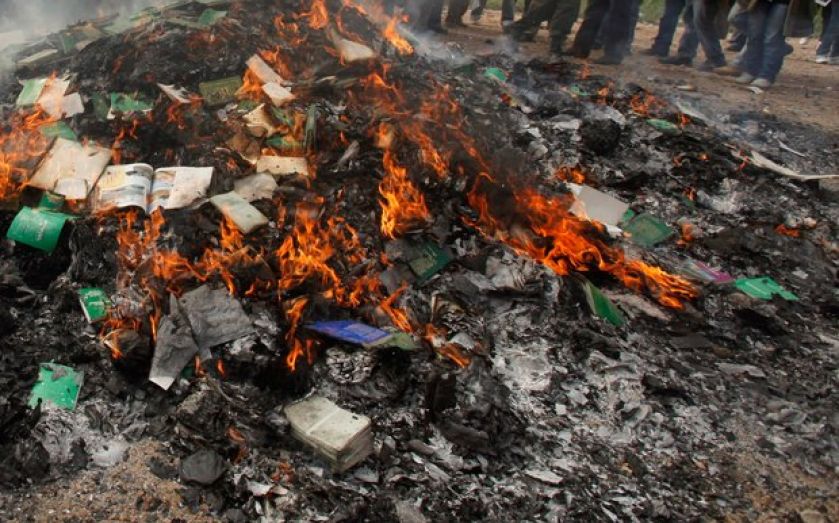 THE DESTRUCTION of historical records by government bodies is a recurring motif of the unfree society. So the Bank of England’s hesitancy to publish transcripts from its meetings should be a serious cause for concern.

Worse still, recordings of the Monetary Policy Committee’s (MPC) meetings are not even preserved. They are routinely deleted – the tapes wiped once official minutes are agreed upon. This has long been inconsistent with rules for the release of other public sector records, like Cabinet minutes, which must be published under the 30-year rule. It can hardly be argued that the MPC’s discussions are more sensitive than, for example, the deliberations of the War Cabinet during the Falklands conflict in 1982 (released to the public two years ago). For the sake of transparency, the full transcripts of the MPC’s meetings should be released in a similar, but more timely, manner.

Elsewhere in the central banking world, the practice of releasing full transcripts is well established. The US Federal Reserve publishes them with a five year delay; the Bank of Japan after a period of 10 years. Only the European Central Bank is more opaque among the big four central banks, electing to release just a summary of meetings 30 years after they take place. The first are not due until 2028.

Yesterday, Treasury Select Committee chairman Andrew Tyrie called for the Bank of England to reconsider the policy. But its executive director for markets Paul Fisher cautioned that storing transcripts may prevent a genuine and free flowing expression of ideas at Bank meetings, and that such discussions might be hard to follow. Glance at the full Fed minutes from the days after Lehman’s collapse in 2008, however, and it’s clear that discussions were far from dusty, despite the knowledge that every word was being recorded. Those same minutes give us another clue as to why MPC members might be so averse to revealing their talks.

As well as documenting some of the meetings’ more humorous moments, the Fed transcripts exposed the poor predictions of many who were serving at the central bank five years ago. In January 2008, for example, Timothy Geithner said that “the world still is looking pretty good”; later that year, then-chair Ben Bernanke tore apart Richard Fisher for his wrongheaded take on recent inflation data.

The transcripts also revealed some prescience. Current Fed chair Janet Yellen displayed a great grasp of events, recognising in January 2008 that the risk of crisis was “unacceptably high” – foresight of which we would be ignorant if records were never released.

Yet the Bank of England’s lack of transparency is more than just a loss to economic historians. Its own records management policy recognises that “failure to manage records in a proper manner can severely damage the reputation of the Bank.” To be hesitant to store records, let alone publish, makes it seem as if the MPC has something to hide.

This policy clouds the already murky waters of monetary policymaking, and the general silencing of disagreements gives a false impression of ongoing debates at the Bank. It may be favourable to the Bank to delete the past. But if it is to be accountable, record of both its failures and successes must be preserved.

Peter Spence is a liveblogger at City A.M.