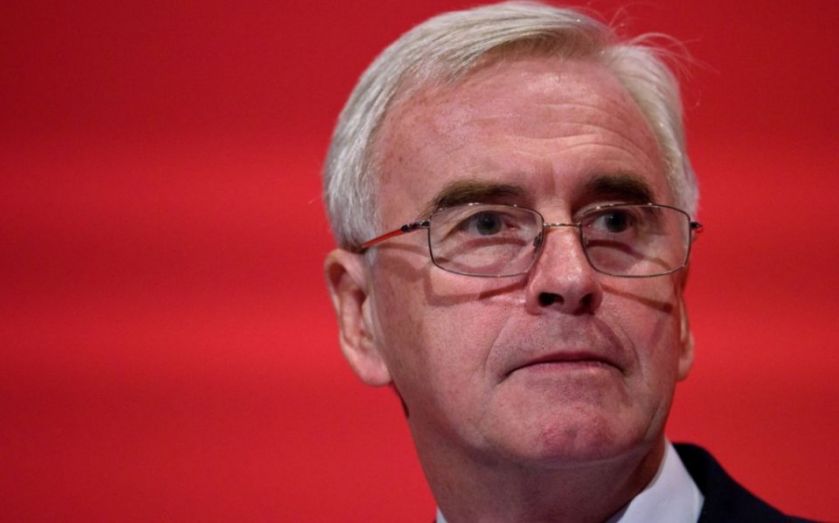 Central to this is a new kind of economics; one that worries about the well-being of the man on the street, and not just the haves.

That is a welcome development. He is right to say that the Labour Party needs to prove to the British people they can run the economy better than the rich elite who run it now. That is going to be tough, but this is a good start.

There is a concern about the huge balance of payments deficit at a time when there is growing evidence that the economy is slowing, as noted by the Bank of England’s (BoE) chief economist Andy Haldane, who warned that the next interest rate move might have to be a cut rather than an increase.

Moreover, it isn’t impossible that rates will have to go negative, just as they have at the European Central Bank, as well as in Sweden, Denmark and Switzerland.

There has also been no rebalancing of the UK economy away from financial services, no march of the makers. The UK is even more exposed to another financial market shock than it was in 2008. Austerity has failed.

McDonnell's appointment of a group of seven economic advisers, including myself, is another welcome development. The idea is that every policy proposal will be tested in this tough economics star chamber.

I am going to be involved in thinking about what an appropriate remit for an independent BoE could be. It makes sense to do this because the BoE's monetary policy committee failed to spot the worst recession in 300 years.

It is appropriate for Labour to launch a debate on expanding the Bank's mandate beyond targeting inflation. It should include new objectives for the monetary policy committee such as growth, employment and perhaps even earnings.

One possibility worth considering would be to adopt the same flexible remit as the Federal Reserve in the United States, which is to maximise employment and achieve stable prices. We have learnt in this recession that fixed monetary rules don’t work, and this flexible remit has been market tested. While this could obviously be improved upon, one benefit would be that it's unlikely to generate a negative market reaction.

These are exciting days, with many new possibilities and lots to discuss.