In just 100 days, world leaders will gather in Paris for the COP21 climate change talks. The urgent need for action to reduce CO2 emissions and stop global warming was recently described by both Barack Obama and Pope Francis as a “moral imperative” and summed up by President Obama who said: “We are the first generation to feel the impacts of climate change, and the last generation to be able to do something about it.”
However, there is another factor to take into account. There is a strong economic imperative to act as the cost of inaction is growing by the day.
Both of us, in our own very different businesses, have chosen to take leadership on issues relating to climate change. AXA is the first global insurer to divest from coal. Nestlé has introduced more efficient and responsible water use in our global value chain. Our companies have focused extensively on reducing greenhouse gas emissions, each being recognised as leaders in our respective sectors by the Carbon Disclosure Project. Both companies are working to reduce global food insecurity, through innovations in agricultural practices on the one hand, and index-based insurance programmes to better protect agricultural output from the consequences of climate risk on the other.
Read more: Good news! Tackling climate change is possible without hindering economic growth
We didn’t do this merely because we think it is the right thing to do. We did it because we felt it was in the best interest of our businesses, our employees and our shareholders. We did this because the “economic imperative” to act is strong and has been highlighted by many recent reports on the economic effects of climate change, in which the cost of inaction largely outweighs that of action, especially if impacts such as those on public health are factored into the equation. 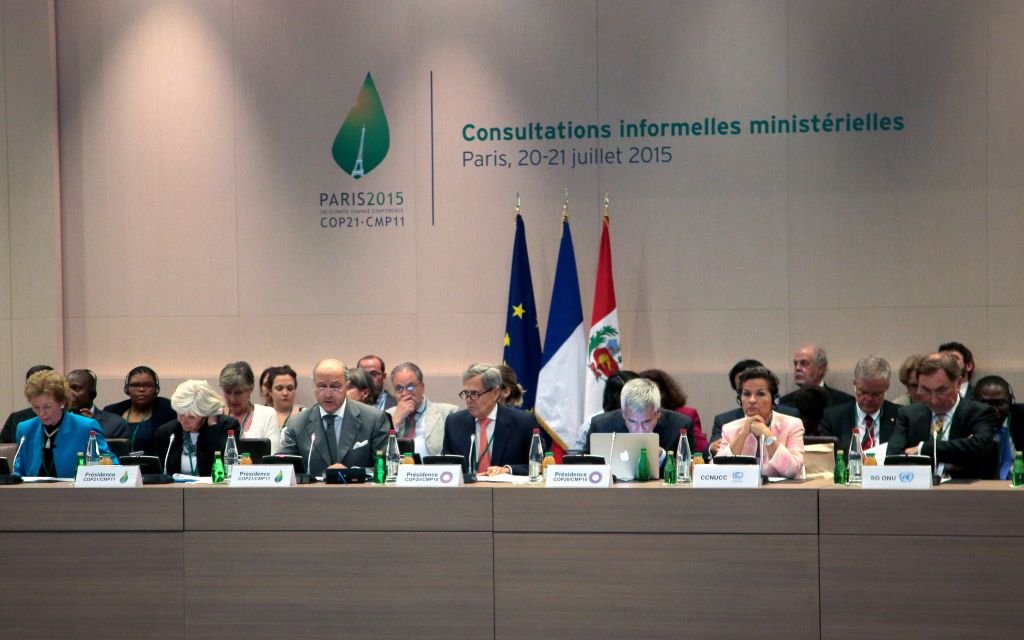 Within the food industry, the future of Nestlé’s business is directly dependent upon climate and water. The future of global food production could be fundamentally prejudiced by these two high risk factors, so mitigating and adapting to their impact has become core to our supply chain management strategies. We have launched climate and water adaptation programmes, recognised as best practices by the UN Framework Convention on Climate Change (UNFCCC), to support the 680,000 farmers we work with today, because we believe that this will make our supply chain more resilient and thus both our own growth and our contribution to food security more certain.
Within the insurance industry, AXA’s business as risk experts, protecting people over the long term, is intimately linked with the stability of our economies and ecosystems. Insurers are often the first hit by the financial impacts of climate change, estimated by some as up to 5 per cent of global GDP. So it is not only right for us to make sure its impacts are mitigated, it is smart business – and smart economics. After all, a planet 2 degrees warmer might be insurable, but a planet 4 degrees warmer likely won’t be. This economic imperative is what is driving us to invest in green technologies that can help reduce global CO2 emissions – we will be tripling the size of these investments in our portfolio by 2020.
Read more: UK third best country in the world for battling climate change, says report
The Pope’s Encyclical “Laudato Si” echoed many of these considerations. His messages around climate change and its consequences, from inequality to food security and water scarcity (water is mentioned no less than 45 times in the text), and their direct impact on the suffering of the poorest among us, can and should leave no one indifferent. President Obama recognised these challenges when launching his Clean Power Plan, which seeks to reduce US CO2 emissions by 32 per cent. Yet he faces much opposition.
The convergence of the moral and economic imperatives on the issue of climate change and water resource management makes it an easy choice: we must act. This alignment of interests is not only bringing together business leaders from very different sectors, but also uniting business leaders, civil society and now religious leaders around one common cause.
When the world’s leaders meet in Paris in December to discuss what action should be taken on climate change, they need to know that business sees action as an urgent and critical issue. Let us hope that they live up to their moral as well as economic imperative to leave the lasting legacy that the planet desperately needs.