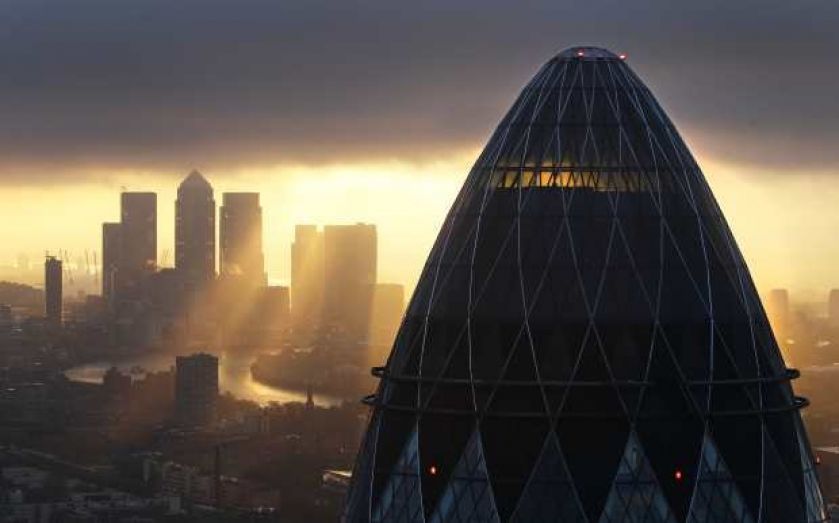 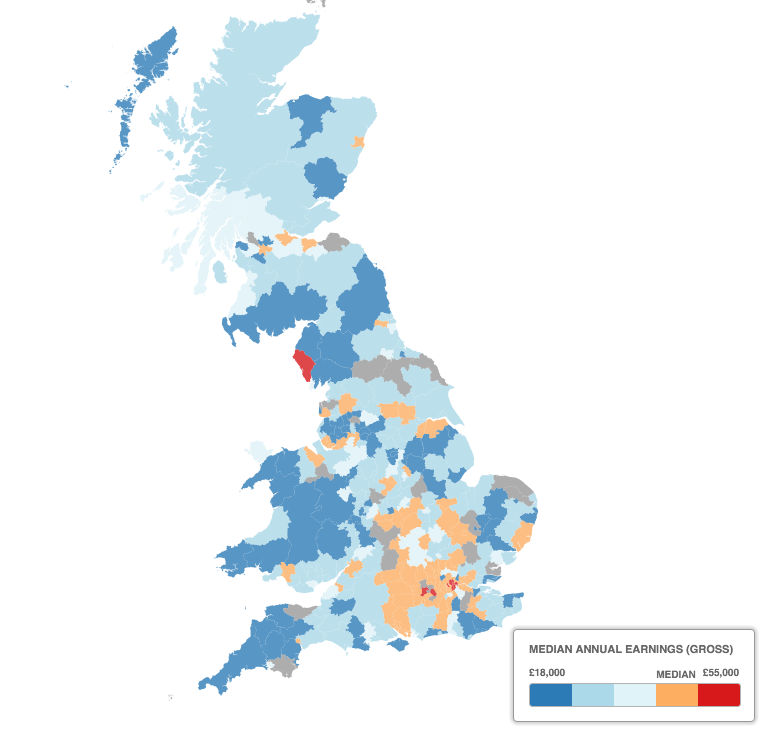 It pays to be a Londoner – there are more jobs available in the capital than in any other part of the UK, and the average annual wage is much higher. In fact, Londoners earn over £10,000 more (on average) than people in most cities.

According to data released by the Office for National Statistics (ONS), the median gross annual wage for people working in inner London is £34,473 – that means half earn more than this and half earn less. The median wage for the UK as a whole is £22,044.

Even moving just slightly further out to “outer London”, the average drops to £24,241 – not even two thirds of the average inner London salary. Below is a list of the top ten places in the UK for average earnings, and it is possible to see how much London exceeds all other areas. 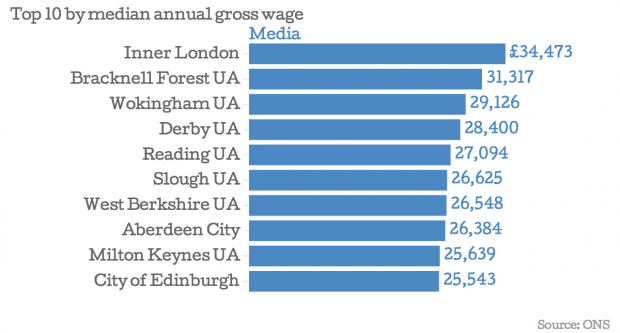 There are also many more jobs available in inner London than in other parts of the country – there are 1,946,000, which is over twice as many as the West Midands, which has the third highest number after inner and outer London. Of course, these figures don't take population into account: the population density in London is far higher than, say, Hampshire.

In terms of earnings, a similar result was recently unearthed by a survey from jobs website Adzuna, which analysed more than 800,000 jobs advertised on the website this year.

It found that London came top with average annual earnings of £41,000, but more surprisingly Scottish city Aberdeen came in second with £38,036, not too far off London. Edinburgh also came high at £35,784, and the researchers put this down to Scotland’s strong financial services sector.

But this average may have been dragged up by a small number of workers earning exceptionally high salaries. The ONS results, however, use a median average, mitigating this effect. Even using a median, it is clear that people working in London earn more than elsewhere across the spectrum.

CITY OF LONDON TOPS THE CHART

If we look at more granular data, the picture becomes still clearer. Unsurprisingly, the area of London where wages are highest is the City of London, where median annual gross wage is £51,952. Nearby Tower Hamlets comes in second place with an average of £44,380. No mean data was available for Chelsea and Kensington.

Hammersmith and Fulham, traditionally considered an affluent area, comes in at only tenth place with £30,167.

In the map above, you can see that the areas with the highest median gross earnings – those in red and those in orange – are mostly located inside London and its surrounding counties.

There are a few places scattered in the Midlands and Scotland where average earnings are also high, but in general the further you move outside London, the lower the wages become. Most places in Wales, the north and the south-west, for example, have median salaries of less than 18,000 a year. [custom id="21"]