When the fund stops: Why times are tough for UK asset managers 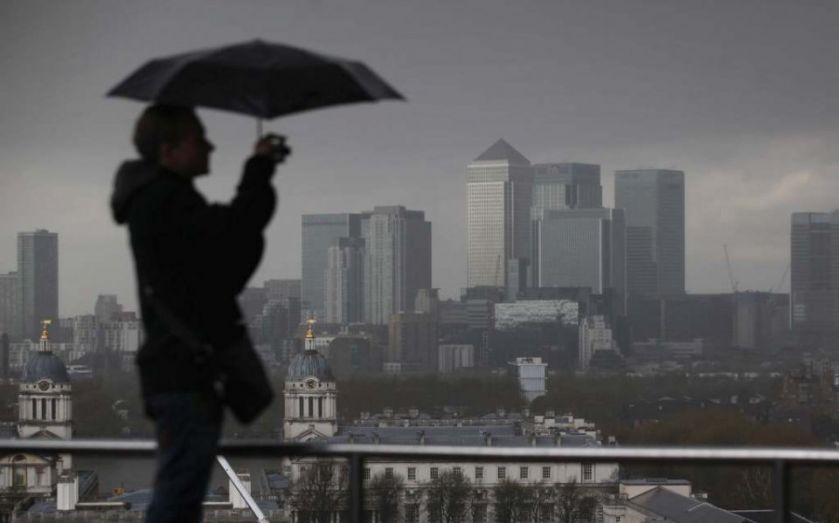 It’s been a difficult year for the UK investment industry, and things could get worse before they get better.

Fallout from the Woodford saga and increasing fears of a no-deal Brexit are continuing to pummel asset managers as they try to stem ongoing outflows.

Ongoing turbulence in Neil Woodford’s investment empire has been the focus of much attention on the sector. The suspension of the stockpicker’s equity income fund in June has raised questions about how open-ended funds should balance liquid and illiquid assets, and about regulators’ alertness to the issue.

Concerns were also raised earlier this week about whether investors knew what they were signing up for when they invested in the fund, after the head of an investment body suggested investors may not have known the fund could be suspended.

We won’t find out the real impact of the suspension on the fund itself until it is unlocked – something that is not due to happen until December. But the toll it is taking on the rest of the sector is starting to become clear.

Head of Hassium Private Wealth, Yogi Dewan, said that there has been “contagion” as a result of the suspension, with some fund managers hit by capital outflows.

Dewan thinks regulators should move fast to tackle the issues raised by Woodford. “They need to be paying very close attention to the massive outflows we’ve seen, then I think a whole range of suitability issues will rear their ugly head [because of] investors who are very unhappy about being gated.”

Fund managers have also questioned whether maintaining daily liquidity is a reasonable goal.

The head of Europe’s largest asset manager said the “sacred cow” of daily liquidity “must be changed”. Pascal Blanqué of Amundi told the Financial Times that “this is the issue that is keeping me awake at night”.

As well as the potential need to rethink where they invest, managers also face calls to rethink how they communicate with investors about liquidity. Russ Mould, a director at AJ Bell, said “transparency and communication” with clients over the trade-off between liquidity and returns is “absolutely critical”.

But the biggest uncertainties all centre around one topic: Brexit. With the 31 October deadline looming and no signs of a deal being struck, UK funds may lose the passporting rights afforded by key EU regulation.

Under ‘Ucits’ rules, retail funds based in one member state are allowed to be sold across all members of the bloc. Although it is not yet certain what will happen to UK funds in the event of a no-deal Brexit, Mould cautions: “Loss of access to European markets would be an unwelcome complication.”

With no indication of whether these questions are going to be addressed before October, Dewan warns that “all this uncertainty is putting off international investors putting money into the UK”.

But there is a glimmer of hope here for asset managers, as a weakened sterling is making UK more assets more attractive to some investors, who are betting that a lot of bad news is already priced into the pound.

Unsurprisingly, UK asset managers’ performance has taken a hit as a result of this turbulence.

Jupiter, Schroders, and Janus Henderson have all reported lacklustre results recently. Although assets under management climbed slightly at all three, outflows have continued to hit the investment houses.

As storm clouds continue to gather over the sector, there’s not much prospect of things improving for asset managers any time soon.

“It’s hard to see how too many of these trends are going to ameliorate in the short term,” said Mould. “Although we should at least find out what Brexit is going to mean within a couple of months.

“If faith in monetary policy ebbs or a global slowdown starts in earnest, that could be the next major challenge for asset managers.”