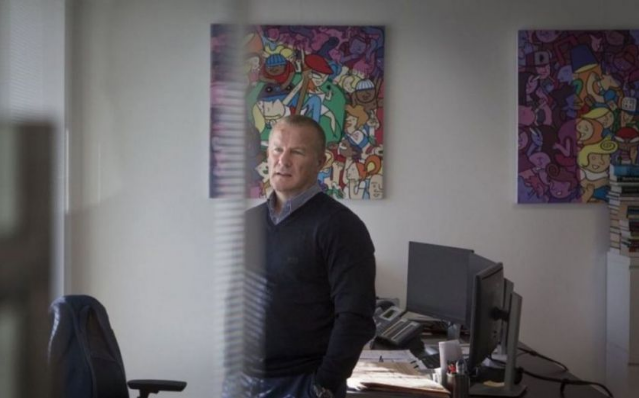 Beleaguered fund manager Neil Woodford has apologised to investors after the announcement that his flagship Equity Income Fund will remain suspended until at least December.

“I understand the frustration, inconvenience and anxiety the continued suspension of the fund will be causing you and I am extremely sorry for putting you in this situation,” Woodford said in a statement.

Link Fund Services, which is managing the suspension and has to review it every 28 days, has said: “the best option in the interests of all investors is for the suspension of dealings to continue.”

“We anticipate that the suspension of dealing is likely to last until early December while we implement the strategy to re-position the portfolio in order for the Fund to be re-opened at that time, and which is conditional upon achieving the target fund profile,” said Karl Midl, director of Link.

In a letter to investors, Midl said that a suspension until December would “allow all investors to choose whether they wish to remain invested in or to withdraw their investments from the Fund.”

He added that Link is working to “re-position the portfolio” to ensure that there are liquid assets available for these purposes, while continuing with the objectives and investment strategy of the Fund.”

In his statement, Woodford admitted that his strategy for the fund “has not delivered the returns we had anticipated over the past couple of years which is why the fund is in the situation it is today.”

Woodford’s investment company has confirmed that it will continue to charge management fees during the suspension, a decision that has previously come under criticism.

Andrew Bailey, head of the Financial Conduct Authority (FCA) said last month that Woodford should “consider his position” on the fees. Then head of the Treasury select committee, Nicky Morgan, said the fees constituted “a huge amount of money”.

Ryan Hughes, head of active portfolios at AJ Bell, said that the provision of a time frame for the suspension “gives much-needed clarity,” but cautioned that investors are “likely to remain concerned.”

“Unfortunately the performance figures don’t provide much of a boon for investors, with the fund down 3.3% since it closed… compared to the FTSE All Share return of 5.3% during that time. The past month has seen the fund rise by almost 1% while the market had risen 1.8%,” Hughes continued.

This is the third time the fund’s suspension has been extended. It was first closed on 3 June after becoming overwhelmed by withdrawals.

Woodford’s investment company has since lost some of its top employees in a round of redundancies triggered by the suspension.

The FCA has launched an enforcement investigation into the circumstances that led to the fund’s suspension, and has admitted that Woodford had twice previously breached a crucial liquidity limit.

The Bank of England recently announced it would examine the risks of open-ended funds such as Woodford’s. Under current rules, managers are able to offer investors daily liquidity despite the fact their savings are in illiquid and unquoted stocks, which are hard to quickly transfer back to cash.

Read more: Neil Woodford could be dumped as manager of listed fund that bears his name

The bank’s governer, Mark Carney, criticised open-ended funds in an appearance before the Treasury Select Committee, telling MPs that such funds were “built on a lie, which is that you can have daily liquidity for assets that fundamentally aren’t liquid”.

Woodford’s woes were compounded earlier today when his Woodford Patient Capital Trust (WPCT) confirmed it was considering removing the stock picker as its manager.

It also emerged that Woodford had sold of 60 per cent of his stake in his WPCT to meet “personal financial obligations”, including a tax bill.