What will we wear to work after Covid? We ask the experts 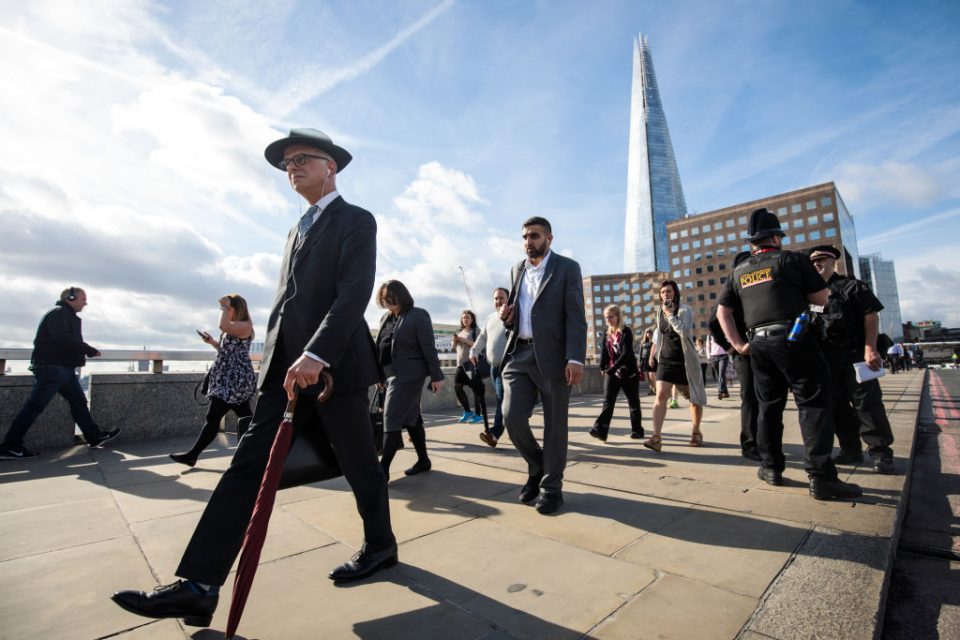 Much has been written about our lockdown wardrobes, from those initial Zoom calls in shirt-sleeves and pyjama bottoms to the slow descent towards simply “working from bed”. Hairstyles have gone from immaculate to neanderthal, with “fix it at home” trim jobs performed by partners and flatmates.

Also Read:
What will we wear to work after Covid? We ask the experts

But what does the imminent return to office-based work spell for the way we dress? And how will the prospect of more flexible working affect our professional wardrobes over the years to come?

While on the face of it work attire – especially menswear – has been a relative constant over the last half century, changes have been creeping in, influenced by the increasing prominence of tech companies in the world of finance as well as generally shifting styles (in some companies dress-down Friday is referred to as “fintech Friday” in honour of the jeans-and-hoodie look beloved of the men and women putting the algorithm in algorithmic trading).

Most City firms keep their dress codes deliberately vague, relying on the weight of expectation and the influence of managers to get the point across. Before the Big Bang of the mid 80s, the City was the preserve of the upper middle class men who wore the boxy suits then beloved of Savile Row, a style once described to me by a young designer as “closer to drapery than tailoring”.

The 80s saw the rise of power dressing, with chalk stripe suits, braces, pink shirts, and ostentatious displays of wealth in the form of expensive tie-pins and extravagantly ruffled pocket squares. For women, it was a smart white blouse with a black skirt or pants and heels. As far as footwear went, the mantra for both sexes was “no brown in town”, with smart, polished black leather virtually mandatory.

Both the rise of fintech and the increasing globalisation of finance have seen styles homogenise across the world, with financiers settling for snug-fitting suits in shades of grey or blue, with ties only mandatory for client meetings. An intern being ridiculed in the TV show Industry for wearing a black suit – “have you been to a funeral?” – seems altogether plausible.

But 2021 looks set to be the biggest workwear paradigm shift in decades. Across countless Zoom meetings, the barriers between carefully curated work personas and the comfortable chaos of home life have become blurred or even broken. A top US lawyer appearing on a video chat with a judge wearing a filter that made his face into a cat made headlines around the world, but it’s just an extreme example of the micro-mishaps occurring around the world every day; few will have avoided the encroachment of unruly pets or children into their professional sphere.

So is the age of suits and skirts, formally cemented in 1666 Charles II as a way of reining in the sartorial excesses of the British nobility – finally over? Perhaps not.

“Clients I’ve spoken to throughout lockdown have grown seriously tired of wearing ‘comfy clothing’,” says Huntsman creative director, Campbell Carey. “They are desperate to get back to the routine of donning a suit or some form of tailoring. A well-cut suit makes you stand a little straighter, walk a little taller and be ready for what the day ahead brings. The suit will never die – it just feels too good wearing one.”

Carey acknowledges, however, that people are likely to get a little less formal in their tastes. “We’ve seen a shift towards separates… [which] happened before the lockdown and restrictions of working from home. It’s becoming more acceptable to turn up to an office meeting wearing a sports jacket or blazer with slacks or chinos. [But] lockdown will have made people more aware of how different types of clothing can affect your mood.”

Also Read:
What will we wear to work after Covid? We ask the experts

What seems certain is that people who have spent altogether too much time lounging around over the last 12 months are likely to prize comfort rather more than they used to. Heels, once obligatory for women, had already become a point of contention pre-lockdown, but the idea of suddenly donning blister-inducing footwear will be a step too far for many. For my part, when I returned to the office for that little window of hope we experienced in the autumn, I immediately reached for the row of suits that had been mothballed for months, only to find myself squirming as previously unnoticed seams encroached painfully up my inside leg.

Womenswear is no different. “There may be a demand for a more casual-smart look involving elasticated waists,” says Samantha Benveniste, founder and designer at Benveniste Couture. “People have simply gotten used to being very comfortable and may dread the looming non-stretch waist band on the top of their skirts and trousers. [Or] it may all go completely the other way. We may go absolutely bonkers and want to wear short hems and deep alluring necklines to show what’s been hidden under our tracksuits for over a year. I am hoping for a combination of the two.

“The beauty of fashion is it is always moving forward. It taps into the zeitgeist, inhales history and brings the new. It’s an artistic expression of how you feel. I expect we are at the beginning of something new and exciting, like the dawn of the ‘the new look’ by Dior. We will have a new look emerge with the end of lockdown and like all fashion movements, it will adapt according to the atmosphere. Workwear will evolve.

“I feel the return of wonderful soft tailoring. I am dreaming of lightly tailored, double-breasted jackets, swinging ‘palazzo’ trousers, ‘harem’ trousers, even softly fitted dresses… The rules of the fashion cycle would hint to shorter skirts as the economy picks up, but I love mid-shin or longer skirts or dresses.

“But the classic ‘suit and heels’ look will never go out of style. It is too fabulous when it is put together properly.”

Reto Peters, founder of Edit Suits, says there’s a clear long-term trend towards business casual but says the full switch could take a while. “Suit wearers might stick to their suit/shirt combo for a while longer because it’s a lot easier to get dressed than having to create outfits with separates,” he says.

“We have all developed a new sense of self-care and comfort, and will want to keep that feeling alive with clothes that feel comfortable. Elements like stretchy fabrics and elasticated waistbands will likely become a lot more widespread.

“People have also realised they can do with much less consumption than they thought… and that it’s wiser to choose items that last over throwaway fashion.”

Edit Suits has an outlet in Singapore as well as London, giving it a glimpse of what a return to “normal” really looks like. “Our shirt sales [there] have skyrocketed as people are refreshing the wardrobe that they haven’t used for 8-12 months. And we’re seeing many requests for shirts with exciting prints, as well as colorful items. People want their life back and to feel good about the world.”

There is also the issue of haircuts to contend with. The City has been a hotbed of conservative styles for decades and even today you can spot the European bankers by their longer, floppier hair (as well as their better suits). Many City institutions allow beards, but not growing beards: if you want a hirsute face, you have to hope it will grow while you’re on your August vacation. But as haircuts have essentially been banned for most of the last 12 months, tousled locks are now as common in grey-haired CEOs as they are in 20-something stoners.

“People will see their long, unruly hair as a blank canvas, and a great opportunity for a change,” says Rudi Rizzo, director at Muswell Hill salon Mr Rizzo. “With so much time off, most people’s hair will be miles past the point of any style or shape so they will be ready to embrace a new style.

“For the more fashion conscious I see a move towards more of a Brit Pop 90s vibe for guys. But on the other hand there is no better feeling than a fresh skin-fade and a beard-trim after months of seeing yourself slowly start to resemble Chewbacca.

“For the City boys there are two tribes. You have thet smart and tidy snappy dresser who loves the traditional ‘work hair’ that will compliment an impeccable suit. Then you have the more creative tribe who might go for a skin fade.”

Scarlett Gray, owner of online beauty concierge glow&dry expects to see a boom in shorter, choppy hairstyles for women as a tonic after months of top-knots and ponytails. “I predict a lot of women will be looking to change up their look, potentially going for the chop and bringing back the bob. After having such long, dead ends and unruly locks, people are looking to chop it off to be a fresh, free new version of themselves.”

The aftermath of coronavirus will be with us for decades – perhaps one of the few silver linings of the crisis will be a more sensible approach to the way we dress at work. What worked for King Charles II in 1666 was beginning to feel a little dated, after all.