What today's Court of Appeal ruling means for FCA prosecutions 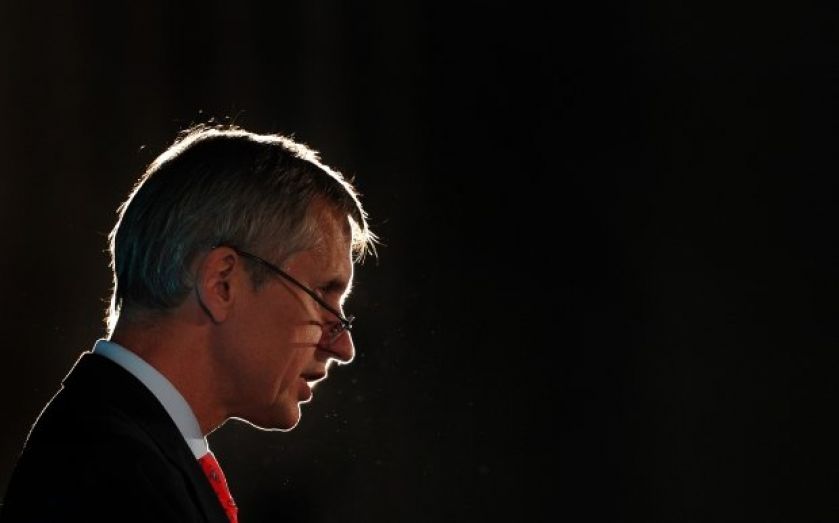 Today's ruling in the UK's Court of Appeal has overturned the decision of a lower court to effectively halt a fraud prosecution pursued by the Financial Conduct Authority (FCA).

The regulator has applauded the ruling, stating that it "is committed to pursuing criminal action in appropriate cases" and is "pleased that this case can now proceed towards trial".

What is the ruling?

Sir Brian Leveson has ruled to overturn a previous decision by Anthony Leonard, made in the Crown Court at Southwark, which stayed a prosecution initiated by the FCA. The individuals in question are "charged with offences of conspiracy to defraud, possessing criminal property" and offences contrary to the Financial Services and Markets Act 2000.

"In essence", Leonard states, "the crown alleges that between 2008 and 2011 the defendants were involved in a land banking scheme". The individuals in question are alleged to have "aggressively marketed [plots] to members of the public – often vulnerable members of the public – who were persuaded to buy based on false representations".

The case is extremely complex, and the defendants haven't been able to find private representation. That's stopped the FCA from being able to proceed until now, preventing the case from going to trial.

Why is this happening now?

Cuts to legal aid for cases classified as Very High Cost Cases (VHCCs) have just started to kick in, and this case is the first of its kind since. Barristers working on these cases will now receive 30 per cent lower fees than previously, and despite attempts to find representative for the defendants, no-one is coming forward.

Even after those cuts, a QC working on a VHCC like this "could expect to receive around £100,000", according to the Ministry of Justice, which notes that the UK has "one of the most expensive legal aid systems in the world".

Gareth Weetman, barrister at 7 Bedford Row, says that such cases "take literally months to prepare". In this instance, the volume of papers involved amounts to around 46,030 pages, as well as 194 Excel spreadsheets with a total of 864,200 lines. The case summary alone runs for 55 pages.

Without the funds for private representation, the individuals pursued by the FCA in this case have been unable to find a barrister willing to take their case up. Weetman says that despite "very careful efforts" to find someone to act as defence counsel, the state has "utterly failed" to produce anyone.

What other representation could be available?

This is just one of eight current cases classified as a VHCC that has reached the same point, with the accused unable to find representation. The case decided upon today will now likely move back down to Crown Court (a Supreme Court appeal is possible, but seen as very unlikely), where there will be a case management hearing.

Then the individuals concerned could access the Public Defender Service (PDS), with a trial possibly taking place as early as January 2015. The PDS currently has just 22 QCs on staff, sufficient to provide representation, although concerns have been raised about whether this is a sufficient number to deal with all incoming cases of this type.

The Ministry of Justice may need to find more barristers, for which it has been recruiting.

What's wrong with the PDS?

It seems likely that the PDS could be perceived as being less independent that private QCs, even though the FCA and PDS are independent of each other, says Weetman.

While barristers in Chambers do work closely together, they are a loosely connected group of self-employed individuals. So usually there's little interaction between QCs who are representing opposing interests. Those in the PDS, however, will be seeing a lot more of each other.

But those allocated to advocate for defendants in these cases should be responsible to those they're allocated to. Nonetheless, that may not stop the individual in the dock perceiving things very differently.

If the PDS can't find the QCs to act as defence counsel, then we could see a well-meaning government initiative fail to meet its own aims. Barry Vitou, corporate crime partner at Pinsent Masons, says that the likely impact will be that "if defendants cannot obtain legal representation then they will have to defend themselves".

In practice that will mean that judges hearing cases "will have to play the role of defence counsel for criminal defendants to give some semblance of fairness to the process". As a result, the court process will likely become clogged and cost even more money, possibly more than before legal aid cuts were applied. A case of the law of unintended consequences, says Vitou.

A man who is his own lawyer has a fool for a client, the old saying goes. Even more foolish is the man who has to represent himself, suggests Vitou, as the implications are likely even worse for individuals who know no law at all.

Given that the FCA's chief executive, Martin Wheatley, has promised to "shoot first and ask questions later" when it comes to going after financial services firms, some may see the unintended consequences as being fortunate for one of the UK's biggest regulators. Cuts to legal aid by one arm of the government could in turn make it easier for another to prosecute its citizens, or allow for the state to "benefit from its own failure", as Leonard put it.

How can the system be improved?

Simply reversing cuts to legal aid might ameliorate the situation, but it's possible that those supportive of legal aid reforms are right: that the system has simply become too expensive to be maintained.

Adam Smith Institute fellow Preston Byrne has argued that the UK might adopt a different model. "Remuneration structures for legal aid mean that service providers have traditionally had no incentives to compete on price, competing instead on the basis of reputation," he writes.

A possible solution? Sweep away legal support, except for those unable to afford any representation. Then lawyers in "newly-private markets would be able to compete for contracts at reduced rates to supplement" public defenders. And rather than have government support the better off, middle class clients are likely to bear more of the costs.

Where competition has been tried, it has produced positive effects, with private defence counsel in the US able to get lighter sentences for their clients.

One thing is for sure: today's ruling doesn't solve the problem faced by the Ministry of Justice further along the road. Leveson's ruling recognises that his decision does not resolve the problem for anything but this specific case. He concludes that it is "of fundamental importance" that the Ministry of Justice and the professions "continue to try to resolve the impasse that presently stands in the way of the delivery of justice in the most complex of cases".