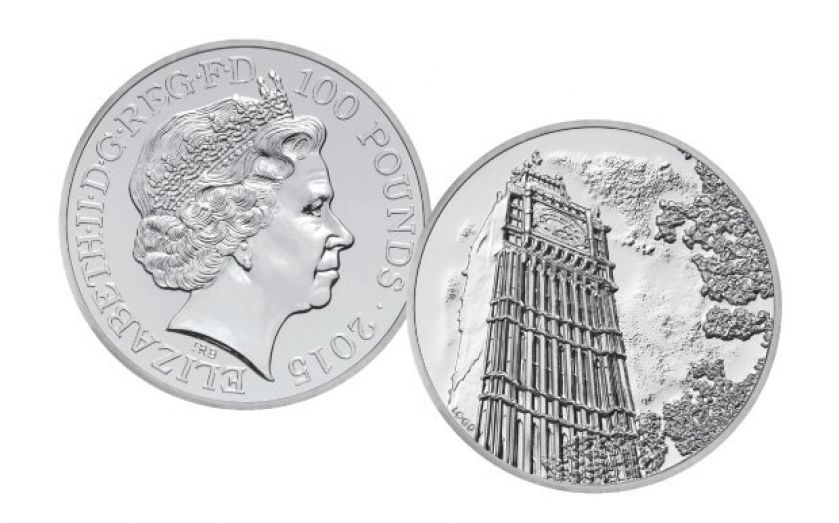 The Royal Mint will ring in the new year by releasing Britain's first £100 commemorative coin.

Collectors and new year enthusiasts will now be able to grab one of the 50,000 coins, each about 40mm in diameter and containing two ounces of silver, whose design was inspired by London's iconic Big Ben.

The company's engraver Glyn Davies said he wanted to portray the famous landmark from the perspective of the thousands of tourists visiting the capital each day.

He said he'd been struck by the impossibility of getting an uninterrupted view of the clock tower without it being obscured by the weather, other tourists or its own location.

On New Year's Eve … the world listens for Big Ben, which marks Greenwich Mean Time, to chime in the New Year.

But anyone hoping to pay for their sale shopping in £100 coins will be disappointed, because while the coins are an accepted form of legal tender, they cannot be used in general circulation or for everyday use.

It follows last year's release of the hugely popular £20 coin following the birth of Prince George of Cambridge in July.