Sue Noffke
Sue Noffke is a Fund Manager at Schroders.
Azad Zangana
I am Senior European Economist and Strategist at Schroders. I previously worked at HM Treasury. 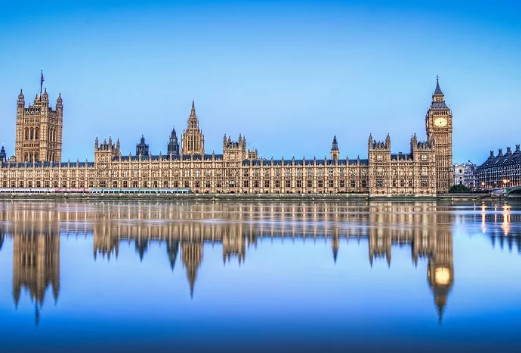 What is next for Brexit?

Azad Zangana, Senior European Economist and Strategist: “This general election brought a surprisingly strong victory for the Conservative party. We expect this to mean that the UK will leave the European Union (EU) as planned on 31  January 2020, under the existing withdrawal agreement. After that, trade, customs, and indeed everything else regarding the UK’s future relationship with the EU will need to be negotiated.

“It’s worth noting that the existing withdrawal agreement has a potential two-year extension already built into it. Prime Minister Boris Johnson has declared that he will not extend beyond December 2020, but it can’t be ruled out entirely.

“Investors and economists will be hoping that the trade and future relationship talks take place quietly in the background, with the focus now shifting to the domestic agenda.”

How have markets reacted?

Sue Noffke, Head of UK Equities: “UK shares have reacted positively this morning. This election outcome in many ways makes the UK stock market investable again for those who had shied away due to the previously high level of political uncertainty.

“Sectors that had been mostly heavily impacted by that uncertainty – such as domestically-focused stocks, mid-sized firms, banks, housebuilders, utilities and retailers – are among those experiencing the strongest gains today.

“The pound has also strengthened which means that some internationally-focused stocks – such as the oil & gas companies – are underperforming relative to other areas of the market.”

How might the election affect longer-term performance for UK shares?

Sue Noffke: “It’s worth noting that the UK has lagged other markets for the last three and a half years. The chart below shows that UK shares typically trade at around a 17 per cent discount to their global peers (the green dotted line on the chart), based on the average of three valuation metrics (see end of article for an explanation of these). That discount recently reached over 35 per cent as of 6 December. There could potentially be scope for this discount to close, given the greater clarity on policy provided by the election result.

“Although the pound has strengthened by around 8-10 per cent since its August lows, it remains near the bottom of its 40-year average trading range against the US dollar.

“With some resolution to political uncertainty, we expect fundamental factors such as valuations to play a greater role on share price performances. As stockpickers, we will be sifting through individual stocks and looking to exploit any mispriced opportunities we find.

“Given the UK’s lowly valuation compared to other markets, and the disparities within the UK market, we see real valuation opportunities for long-term investors.”

What does the election mean for the UK growth outlook?

Azad Zangana: “In their manifesto, the Conservatives promised extra spending, although the increase only represents a further 0.3% on top of existing current spending by government departments. Public investment is set to rise by 10 per cent, but both of these figures are far less than Labour had promised.

“Nevertheless, it does signal the end of austerity. It also spells the end of the existing fiscal rules, with the current government not intending to target a balanced budget over the parliamentary period.

“This doesn’t alter our existing economic growth forecasts. We anticipate 0.8 per cent growth in 2020. There is likely to have been a build-up of inventories ahead of the Brexit deadline that will take time to work through. But we do expect households and businesses to gain confidence to spend and invest. We then expect to see growth picking up to 2.1 per cent in 2021.

“In terms of interest rates, the Bank of England looks set to keep rates on hold throughout next year, due to worries about the global growth outlook. Interest rates could then be raised in 2021 if global growth picks up as anticipated.”

What is the impact of progress on US-China trade talks?

Sue Noffke: “It is worth highlighting that the UK election isn’t the only news affecting markets. We don’t operate in a vacuum and global events also hold a considerable sway over investors’ appetite for shares and for certain parts of the market in particular.

“There have been signs of progress on a phase one trade deal between the US and China, ahead of this Sunday’s deadline. It looks likely that existing tariffs may be reduced by 50 per cent, and the new tariffs that would have come into force may be scrapped.

“Although not confirmed yet, we think this news is helping to support UK shares this morning, especially those international parts of the market that might otherwise have been more negatively affected by the strength in sterling.

“A better environment for global trade would likely be supportive of industrial cyclicals (i.e. economically sensitive stocks) across global markets as well as in the UK.”

What does the result mean for the EU?

Azad Zangana: “We would anticipate that trade between the UK and EU becomes less volatile. The various Brexit deadlines have been marked by the UK building up inventories, and then unwinding these as the deadline is extended. This pattern is now likely to pass by the middle of 2020.

“In terms of the future negotiation with the EU, the size of the Conservative majority means Johnson can make a deal without being reliant on coalition partners (as the previous government was) or on factions within his own party (such as the European Research Group).

“From the EU’s perspective though, the departure of the UK on 31 January 2020 will mean the loss of a significant liberal voice. Other countries, such as the Nordic countries, Ireland, Netherlands and even Germany, may find themselves less able to block interventionist measures proposed by other countries.

“The question of Scottish independence is another factor to consider after the gains made by the Scottish National Party (SNP). The SNP has already said it will call for another referendum on independence. With Scotland in favour of remaining in the EU, it will be interesting to see what Prime Minster Johnson can offer to encourage them to remain in the UK.”

Price-to-book value (PBV) ratio: A company’s “book value” is the value of its assets minus its liabilities (net asset value), at a set point in time. If a company’s share price is lower than its net asset value (PBV ratio of less than one) then it might be considered as potentially good value and worthy of further analysis. However, for companies with little in the way of physical assets, such as technology companies, PBV ratios have their limitations.

Price-to-earnings (PE) and price-to-dividends (PD) ratios: The PE ratio compares a company’s share price to its earnings per share. The PD ratio is a company’s dividend per share divided into its share price. Because a PD ratio accounts for cash actually being paid out to investors (dividends) as opposed to earnings, which are an accounting concept, it can be a more reliable valuation metric.

Important Information: This communication is marketing material. The views and opinions contained herein are those of the author(s) on this page, and may not necessarily represent views expressed or reflected in other Schroders communications, strategies or funds. This material is intended to be for information purposes only and is not intended as promotional material in any respect. The material is not intended as an offer or solicitation for the purchase or sale of any financial instrument. It is not intended to provide and should not be relied on for accounting, legal or tax advice, or investment recommendations. Reliance should not be placed on the views and information in this document when taking individual investment and/or strategic decisions. Past performance is not a reliable indicator of future results. The value of an investment can go down as well as up and is not guaranteed. All investments involve risks including the risk of possible loss of principal. Information herein is believed to be reliable but Schroders does not warrant its completeness or accuracy. Some information quoted was obtained from external sources we consider to be reliable. No responsibility can be accepted for errors of fact obtained from third parties, and this data may change with market conditions. This does not exclude any duty or liability that Schroders has to its customers under any regulatory system. Regions/ sectors shown for illustrative purposes only and should not be viewed as a recommendation to buy/sell. The opinions in this material include some forecasted views. We believe we are basing our expectations and beliefs on reasonable assumptions within the bounds of what we currently know. However, there is no guarantee than any forecasts or opinions will be realised. These views and opinions may change.  To the extent that you are in North America, this content is issued by Schroder Investment Management North America Inc., an indirect wholly owned subsidiary of Schroders plc and SEC registered adviser providing asset management products and services to clients in the US and Canada. For all other users, this content is issued by Schroder Investment Management Limited, 1 London Wall Place, London EC2Y 5AU. Registered No. 1893220 England. Authorised and regulated by the Financial Conduct Authority.