What caused the 2008 financial crisis? Not short selling, it turns out 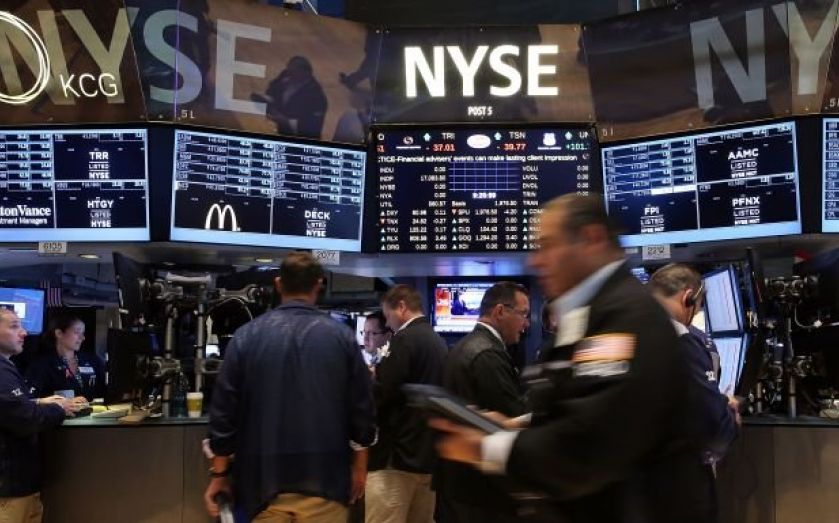 It has been asserted that the 2008 financial crisis was precipitated, at least in part, by too many traders using naked short sales to make a profit.
According to economist Veljko Fotak from the University at Buffalo School of Management in the US, a number of financial institutions blamed this activity when they had to explain their failings at the height of the crisis.
But by researching the effects of naked short sales and their resulting fails-to-deliver on market liquidity and volatility, Fotak and his team were able to show that, far from being detrimental, these trades were actually good for the economy. The study has been published in the Journal of Financial Economics.
“Naked short sales may have been used as a scapegoat for the failings of financial institutions at the time,” he tells City A.M. “It was easier for chief executives to justify the poor performance of their shares by blaming some sort of external party.”
A faster form of short selling
Normal short selling involves traders aiming to make a profit by selling and then buying back borrowed securities on a stock exchange, in the hope that the price of that security will decline in the interim.
When a trader makes a naked short sale, they have not yet borrowed the security they are trading with; they make the sale under the assumption that they will be able to get hold of it before the “three-day schedule delivery” is over. This is the 72-hour period during which the security must be supplied to whoever bought it.
It is beneficial to traders because it removes the time-consuming process of arranging to borrow the security from another party, and so allows them to react immediately to events.
“Some people have argued that traders have too much of an incentive to push down prices of securities in questionable ways, such as by spreading rumours about what will happen to the security,” says Fotak.
“There was quite a witch hunt at the time. I believe that there are very real reasons for why financial institutions failed in 2008, such as their propensity to take risks. But there are some people who allege that naked short sellers might have been the cause, or an exacerbating factor at least.”
He adds that the fails-to-deliver which often result from naked short sales are thought to have had a role in the collapse of several major financial institutions, namely American Insurance Group, Bear Stearns, Lehman Brothers and Merrill Lynch. Fails-to-deliver occur when a trader cannot get hold of the security within the 72-hour period.
As a result of the negative sentiment fomented about naked short sellers and their failings, financial regulators illegalised the activity. “Financial regulators took a lot of criticism from the popular press for not having prevented the crisis from happening, so when groups started lobbying against short selling they found themselves under a lot of pressure to ban it,” explains Fotak.
The US took the step first, making it illegal in September 2008. The UK followed suit in 2012 and the practice has not been legalised again in either country.
Failed to find a link
In order to determine whether naked short sales really did contribute to the financial crisis, the team at Buffalo School of Management examined almost 5,000 common-share trades on the New York Stock Exchange and Nasdaq between January 2005 and June 2008.
They studied the number of fails on different days and compared these to measures of market liquidity, efficiency and volatility.
They discovered that the impacts of short sales that failed to deliver and those that delivered on time were similar, and if anything those that failed had a more positive impact, leaving a fundamental flaw in the regulators' argument for making it illegal.
"Short sellers have been accused of using fails-to-deliver as a way to cause sharp declines in stock prices and profit from the resulting collapse of several major financial institutions, but we found that on most days there weren't enough settlement fails to cause significant price changes. And when fails were unusually high, it was only after price declines generated by other negative economic news,” explains Fotak.
"Our results clearly show that restricting fails-to-deliver hurts the market. These trades affect market liquidity and significantly reduce pricing errors, order imbalances and volatility over a single day.”
They also examined the patterns in stock price changes of four major financial institutions that suffered particularly badly in the financial crisis – American Insurance Group, Bear Stearns, Lehman Brothers and Merrill Lynch  – and compared them to the number of fails-to-deliver that occurred daily over the 2004 to 2008 time period for these financial firms. They found that the link was not significant enough to draw any conclusions.
“What we found was that the amount of short selling and fails-to-deliver that took place was far too low to justify the argument that they had any impact on the prices of these securities,” says Fotak.
“Our conclusion is that the regulatory action was excessive, since our evidence suggests that in the years leading up to the financial crisis, most naked short selling actually had a positive impact.”
Share
Tags: NULL