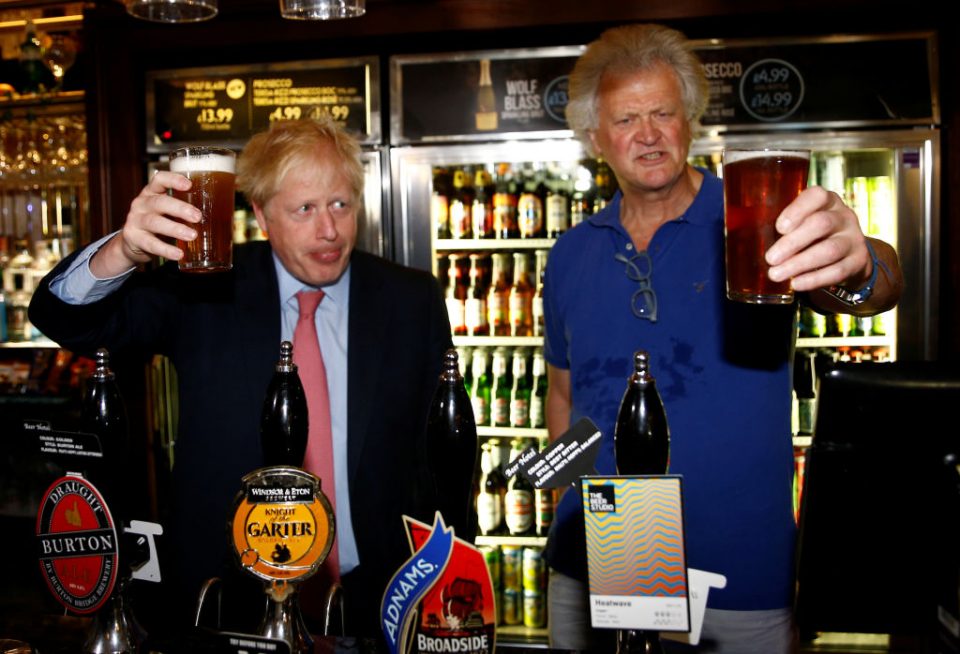 Wetherspoons boss Tim Martin has launched a tirade against “elite Remainers”, as the budget pub chain posted a decline in pre-tax profit for the full-year.

Read more: Propping up the bar: Wetherspoons toasts no-deal Brexit by slashing the price of a pint

Wetherspoons posted a 6.8 per cent increase in like-for-like sales in the 52 weeks to 28 July.

The pub chain held its dividend at 12p.

Beer baron Tim Martin’s pro-Brexit broadsides have become something of a tradition at his company’s financial results, and today’s statement was no different.

Martin, who was one of the Leave campaign’s most prominent supporters, hit out at “elite Remainers” for “ignoring the big picture” about Brexit, such as lower input costs and more democracy.

“[They] are mistakenly concentrating on assumed short-term problems, such as potential delays at Channel ports – which are easier to extrapolate on their computer models,” he said.

Beyond Brexit, the boss of the beloved boozer hailed a positive performance at his company.

Wetherspoons posted strong single-digit growth in both revenue and sales over the year, in spite of wider challenges in the pub sector.

However, pre-tax profit fell 4.5 per cent, largely due to a £1.4m hit from property disposals. The firm has also been impacted by an increase in staff costs.

Wetherspoons said it opened five pubs during the year, with nine sold or closed, and currently intends to open between 10 and 15 new watering holes in the year ending July 2020.

Shares in Wetherspoons ticked up just under 0.5 per cent in early trading.

“JD Wetherspoon may be attracting plenty of people into its pubs, but it’s luring them with such cheap prices that its margins have deteriorated,” said Fiona Cincotta, senior market analyst at City Index.

“The company is faring a lot better than many of its pub-sector peers and its sales have held up reasonably well in the early part of the new financial year. But the rate of sales growth has slowed, putting more pressure on the company’s already-thin margins.”

Martin last week announced his pub chain would cut 20p from the price of a pint of beer in an apparent demonstration of how prices would fall after Brexit.

But his position is at odds with the wider hospitality sector, with industry body UK Hospitality warning a no-deal Brexit would be “dreadful news”.

Wetherspoons said it anticipated a “reasonable outcome” for the financial year, subject to future sales performance.

“Despite continuing political problems, stemming from the transfer of democratic power to a technocratic elite, Wetherspoons continues to perform well,” Martin said.