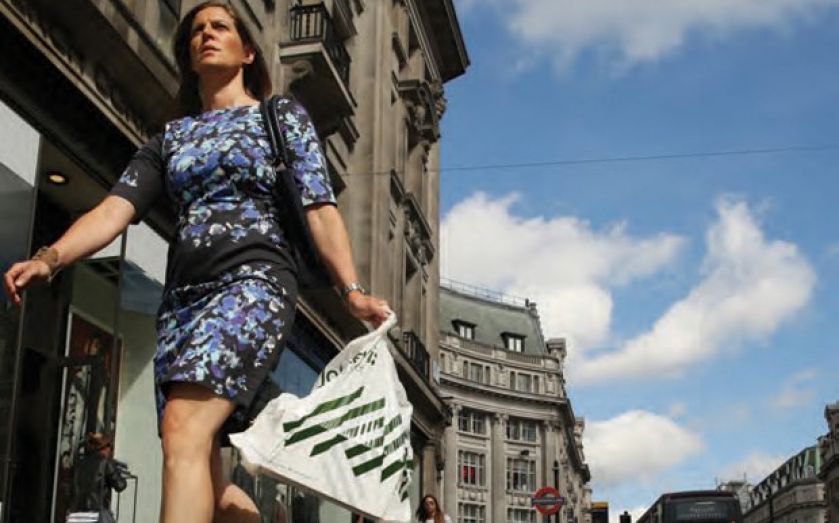 THE ARRIVAL of Crossrail is set to bring a £2.45bn boost to the West End by 2020 as thousands more visitors pour into central London, new research shows. The New West End Company (NWEC), which represents 600 businesses, said annual turnover for its retailers is predicted to hit £11.25bn just two years after completion of the new high-speed rail link, compared with £8.8bn today. Oxford Street will retain the lion’s share of consumer spending at £6.15bn, followed by Regent Street at £1.88bn, and Bond Street at £1.44bn, according to research conducted by retail property consultancy Harper Dennis Hobbs for the NWEC. Jonathan De Mello, head of retail consultancy at HDH, said the boost in revenue will “put the West End a considerable way ahead of other global retail hubs such as New York, Paris and Hong Kong; cementing its position as the world’s pre-eminent retail centre”. The survey found that new Crossrail stations at Bond Street and Tottenham Court Road will lead to a jump in footfall of 20 per cent and 14 per cent respectively, with 150,000 to 220,000 passengers exiting every day from Bond Street alone. However, the extra choice of stations will also lead to 20 per cent fewer passengers using Oxford Circus, according to HDH, easing congestion around the busy thoroughfare. Almost half (47 per cent) of the 3,000 people surveyed said they would use Crossrail while 41 per cent said less crowding would encourage them to visit the West End more frequently. London Mayor Boris Johnson said: “Crossrail is going to make this hugely popular district even more attractive area to businesses and shoppers, which is good news for the capital and beyond.”