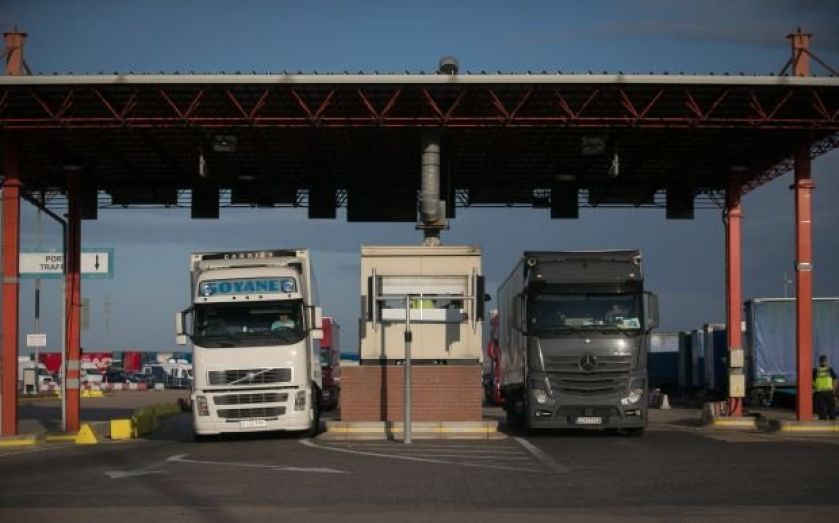 Britain's resurgent economy is being slowed down by the weak Eurozone, a survey by the British Chambers of Commerce (BCC), says today.
GDP was 3.2 per cent higher between April and June than it was over the same period a year before. This was the fastest annual growth of any G7 nation. However, the survey of more than 7,000 UK businesses shows that growth is likely to have slowed in the third quarter .
Weak exports were the main drag on the recovery, the BCC said. The survey was released ahead of the Bank of England’s Monetary Policy Committee (MPC) meeting today.
The proportion of manufacturers increasing exports outweighed those with falling sales by a margin of 16 percentage points – a drop from 30 per cent in the second quarter of the year, indicating a growth slowdown .
UK export weakness coincides with a recent slowdown in the Eurozone, Britain’s main export market.
Estimates by the National Institute of Economic and Social Research placed growth at 0.7 per cent over the third quarter – a slight slowdown.
“We must steer clear of measures that dampen business confidence and press ahead with reforms to the business environment,” said BCC director general John Longworth.
He recommends freezing business rates.

BCC DATA AT A GLANCE

■ British GDP is 3.2 per cent higher between April and June compared with the same months in 2013.
■ German GDP for the same period was 0.8 per cent and 2.6 per cent in the US.
■ Exports fell for both manufacturing and services over the past three months.
■ Business confidence are higher than 2007 pre-recession levels.
■ Manufacturing and service jobs are up.