We turn politics into a deposition at our peril 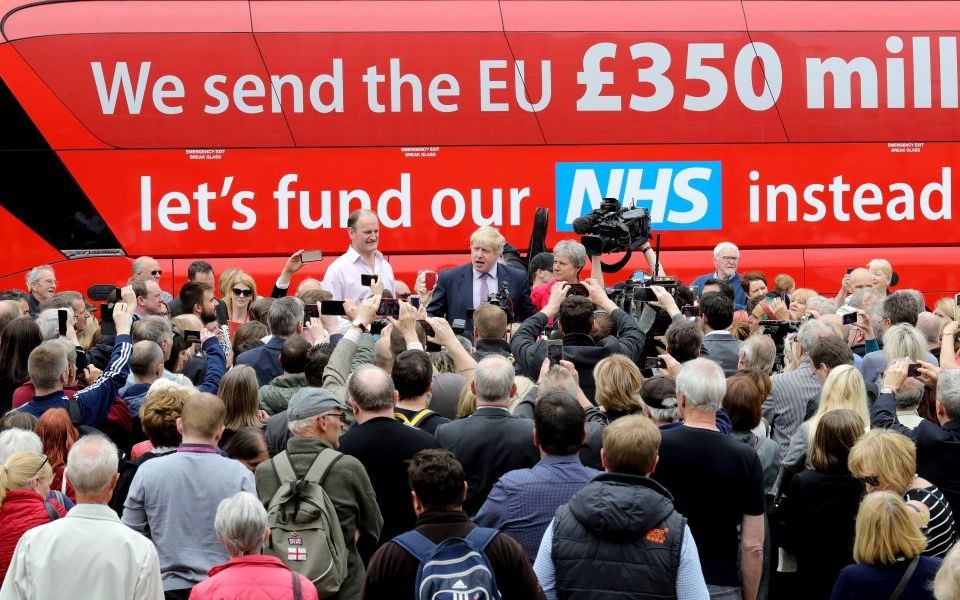 Politics is not known as one of the more truthful professions.

Spin, exaggeration, and truth-stretching are all staples of the politician’s toolkit. We might prefer it to be otherwise, but the reality is that an astute public must take claims uttered by those in office with a healthy dose of salt.

It is therefore worrying that yesterday one particular politician – who just happens to be running for the Conservative leadership – was ordered to attend court, on the charge that an alleged lie he told amounts to misconduct in office.

The claim that £350m was sent to the EU each week that could instead fund the NHS – written on the side of a bus and repeated by Boris Johnson – was one of the most controversial lines of the referendum.

Factually, it is dubious: £350m is the net figure that Britain would pay to the EU a week, but once the rebate is factored in, the more accurate number is £250m, and economists have argued that it is misleading to say that all this money could go directly to the NHS anyway, given the impact of Brexit on the economy.

Nonetheless, if considered in the pantheon of dishonest claims made by politicians, it heralds a vast double standard.

Tony Blair’s insistence on Iraq’s weapons of mass destruction, Nick Clegg’s pledge on tuition fees, George Osborne’s over-inflated warnings of how Brexit would raise unemployment, Jeremy Corbyn’s amnesia when it comes to wreath-laying near the graves of terrorists, David Davis’ contradictory statements on the existence of Brexit impact studies, and Esther McVey’s contortions before parliament about Universal Credit all come to mind – and they’re only the more recent examples.

Should these politicians be dragged before a judge for their relationship with the truth, parliament would quickly descend into gridlock, with malicious litigation hurled from all corners. It is only Johnson’s claim so far that is being challenged under this ancient law, thanks to an activist’s private prosecution, but supporters of the man behind it are naive if they think this tactic ends here.

Political discourse is not a deposition. Whatever you think of Brexit, to turn political debate into a potential crime scene sets a deeply disturbing precedent.

The offence Johnson has been ordered to answer for can lead to life imprisonment. It is easy to see how it could be abused in future.

This is not a country that relies on the courts to settle disputes over political rhetoric or where politicians can be thrown in prison for voicing opinions which others find misleading or inconvenient. That should not be taken for granted.