We must not forget the value of the US special relationship 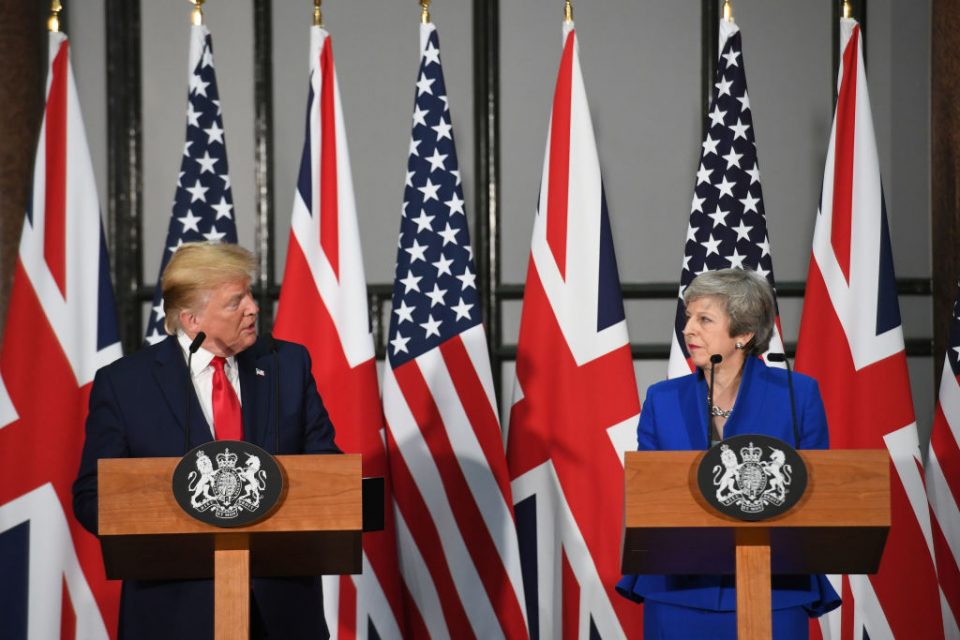 75 years ago, Allied forces mounted Operation Overlord. The largest military operation ever attempted began the process of freeing the European continent from the jackboot of Nazi tyranny.

So familiar are we with the general story of D-Day that it is easy to forget some of the extraordinary details. By June 1944, more than two million troops from over 12 countries had assembled in the UK ready for the assault into occupied Europe.

An elaborate intelligence operation which included double agents, phantom armies, and a body double for General Bernard Montgomery successfully fooled the Germans into believing that the pas de Calais would be the real target of operations, and that any attack into Normandy was just a ruse.

So perfect did weather conditions need to be for the plan to succeed that only a few days in early June were deemed possibilities for the invasion, and it could easily have been cancelled: D-Day was supposed to be 5 June but was delayed for a day because of inclement conditions.

Once the Allied forces landed on the five beaches codenamed Sword, Juno, Gold, Omaha and Utah, they faced a race against time to establish bridgeheads before German reinforcements could arrive to drive them back into the sea.
In the face of fierce resistance, they triumphed. By nightfall, some 156,000 troops had been successfully landed. Nazi control of France was challenged, and 11 months later, Europe was liberated.

Operation Overlord was of course a team effort. But by this point, the British Empire and Commonwealth were already in the fifth year of conflict and suffering the economic and human consequences. The effort required to muster up the force to retake the continent must never be forgotten, nor the price we paid as a nation for doing what was required of us in humanity’s darkest hour.

But it is indisputable that D-Day and what followed could not have succeeded without the involvement of our closest ally, the US. On “Bloody Omaha”, where the heaviest fighting of D-Day occurred, American troops suffered some 4,000 killed and wounded, with one unit landing in the first wave receiving a 90 per cent casualty rate.

Thereafter, it was the seemingly endless supply of American materiel accompanied by their finest fighting forces – men willing to lay down their lives to free a distant continent – that helped tip the balance in the battle against Nazi Germany.

It is a debt that Europeans should always recall, for without the kindness of American strangers, the history of western civilisation may well have taken a very different turn.

Not that you would know it from some of the outrageous conduct on display on British soil this week to mark the state visit of the US President. Donald Trump may be no Franklin Delano Roosevelt, but the way he was received by snarling protests and boorish behaviour from a clutch of desperate politicians should be a cause for collective national shame.

This was not some third-rate emissary of a banana republic, or even a powerful despot like President Xi of China or the Emir of Qatar, both of whom have been feted on state visits in the past decade with not a fraction of the controversy accompanying Trump’s visit.

This was the leader of the free world, celebrating what he described as the “eternal friendship” of our two peoples and the “greatest alliance the world has ever known”. He was here to commemorate the sealing in blood of that special relationship by the sacrifice of the many US soldiers who never returned home because they paid the ultimate price to help free our continent.

Trump may be many things to many people, a fair few of them highly disagreeable, but he remains the US President. The disrespect shown towards him by hostile crowds waving obscene placards, flying puerile balloons, and screaming abuse at him and his supporters therefore went well beyond the bounds of reasonable protest and into the realm of national insult.
It may well be that the breakdown of authority is such today that we can no longer expect better from a section of the people acting like a rabble. But we are surely entitled to better behaved politicians.

Whether it was the latest Twitter spat between the mayor of London and the President, or the decision of party leaders like Jeremy Corbyn to address the anti-Trump rally, many of our elected representatives decided that they would lower themselves to the level Trump himself has frequently been critiqued for.

Fortunately, Trump’s state visit has still been a successful one, with the UK promised a “phenomenal” US trade deal post-Brexit as well as important political and business discussions having taken place.

Even in an era of fake news, the truth remains that the security and prosperity of the UK is intrinsically tied to the interests and commitment of the global superpower.

Love him or loathe him, there is no doubt that Trump retains a fondness for our island nation that we may yet come to miss if it is not shared by those US politicians that follow him.

The malcontents can do their worst. But national interest dictates that we should pursue our closest alliance with our customary vigour.