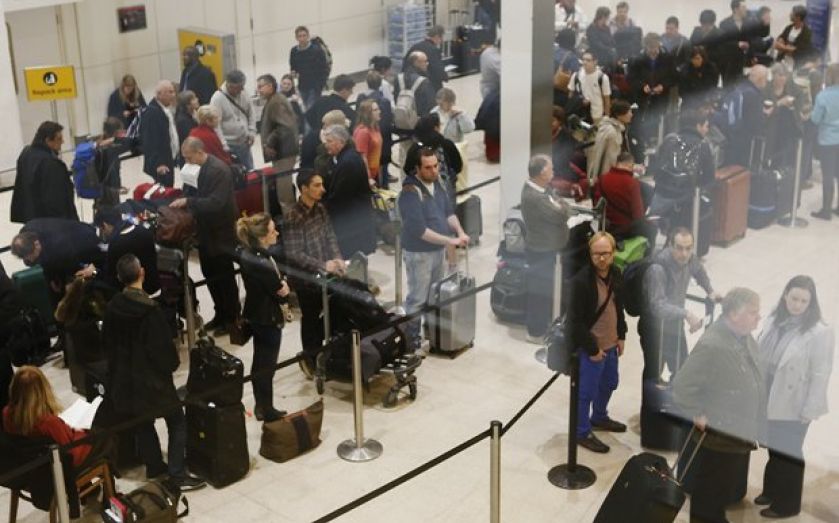 I LEARNED long ago not to listen to what politicians say, but to watch what they do. All parties pay lip-service to doing what it takes to be globally competitive, to create jobs and wealth in a fast-changing, ever more challenging world. But simply by doing nothing, those we elect to govern us are in the process of destroying one of the few globally competitive positions we hold – our status as a great trading nation.

The acute lack of airport capacity in the South East is damaging our reputation as the place from which to conduct international business, and as the location of choice for inward investment. Politicians have placed responsibility for studying the options for expansion on Sir Howard Davies and the airports commission. But he is not due to report until 2015. As we wait, we are handing thousands of wealth-creating opportunities to Paris, Frankfurt and Amsterdam on a plate.

To delay until after the 2015 election for a decision on what to do about airports (let alone to start to actually sort out the problem) is political cowardice.

And this is not rocket science. There are solutions we can take before 2015. The government could begin the process of lifting the flight cap at Heathrow to allow concurrent take-off and landing from both runways. Gatwick and Stansted could be freed from out-of-date price control regulation to allow them to compete effectively for airlines and passengers. There could be quick investment in better rail links to these airports. Give an independent noise regulator real powers to deal with justifiable concerns. But why can’t this be introduced now?

Urgent action is needed. But we also need the solutions to be robust. This is why I have written to the airports commission, together with Lord Davies, another previous minister of state for trade and investment, and Andrew Cahn, former chief executive of UK Trade and Investment. We are urging Sir Howard to be bold.

Last year, 147m passengers used airports in the South East; Amsterdam’s Schiphol airport has six runways compared to Heathrow’s two; Frankfurt airport is set to increase hourly capacity by 50 per cent; surveys show there is the demand for 45 new destinations to be added to the route network from Heathrow; more flights leave Frankfurt for cities in China in a week than leave Heathrow for the whole world in a weekend.

Every day, investment is diverting away from these shores to other European destinations because investors from Asia and Latin America can get there more easily. Politicians shelter behind the myth that video conferencing is a solution. Such facilities are a necessary and a useful component in a business’s toolbox, but they need to “be there” at some point, and shaking hands will never be replaced.

The lack of daily direct services to 10 emerging economies served by Paris, Amsterdam or Frankfurt represents £1.2bn in lost trade each year to the UK. Imagine the loss of tax revenue that goes with it. Politicians, please don’t just stand there. Do something! You are crippling our economy by doing nothing.

Lord Jones is a former director general of the Confederation of British Industry, and former minister of state for trade and investment.