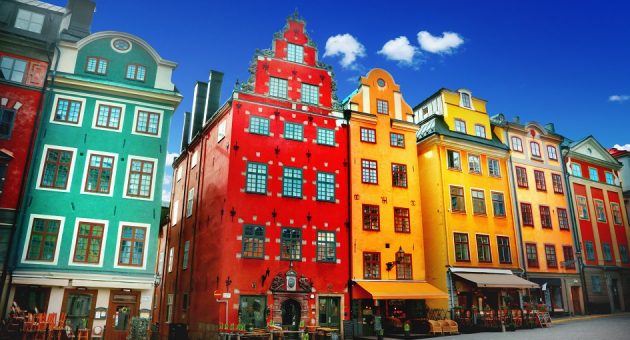 We can make this the decade of purpose-driven capitalism

As we enter the 2020s, capitalism is suffering a crisis of confidence.

Populists around the world are putting a simple spin on globalisation as against the interests of ordinary people. By contrasting the growth in developed economies with a simultaneous squeeze on living standards, they argue that the link has been severed between a profitable economy and prosperous life.

With this change, consumers are beginning to seek a purpose in their spending. And just when the efficacy of markets is being called into question, entrepreneurs are responding. There is a growing movement of firms  committed to showing that profit and purpose are not mutually exclusive. Each is critical in feeding the other.

I first saw this phenomenon in east Africa, where I worked in the real estate and services fields. There, suppliers, employees, and customers see at closer quarters the part they play in each other’s lives. After 10 years as a corporate lawyer in London, it was a welcome — and a stark — contrast.

There are 660,000 startups in the UK a year, and an increasing number are driven by a purpose of great importance to their founder. But starting a new business can be lonely. The personalities who bring new ideas to the table very often benefit from a creative environment; they draw on energy from those around them and give it back in spades.

It’s for that reason that I wanted to offer a space for creative spirits to come together under one roof, abandoning the solitude of home working in favour of a habitat of like-minded souls. Here, competitive imperatives meet co-operative instincts.

For years, political discourse has been predicated on the idea that a regulated business is a constrained business. Yet experience on the ground spells out the opposite story.

We are proud that social and environmental standard body B Corp has based its UK headquarters in our office. B Corp certified businesses, in fact, grow more quickly than their non-certified counterparts, and research by Harvard Business Review Analytics and EY’s Beacon Institute shows that companies focusing on purpose to drive performance see higher profitability.

In turn, the workforce at purpose-

driven firms tend to be happier and stay in their jobs longer. According to a PwC study, millennials who have a strong connection to the purpose and culture of their organisation are 5.3 times more likely to stay there. Working long hours to take a mission you believe in across the line will always be more appealing than doing so just to improve someone else’s bottom line.

This successful model has just one big problem to overcome: there are still too many businesses that accept an old way of thinking. This orthodoxy runs that there are corporates which would sell their own grandmothers to turn a higher profit, and there are charities whose giving nature is morally superior, but reliant on generous benefactors.

Purpose-driven businesses demonstrate that this ancient, binary choice is already in the history books. While they don’t shy from pursuing a profit line, they do so to advance the causes which provoked their founders to spend hours burning the midnight oil to get an idea off the ground. Profits are reinvested into making the companies more successful, and their employees better rewarded.

Some executives are well-paid — but none are disproportionately rewarded at the cost of the long-term health of the business or indeed other stakeholders such as the planet or employees. In most cases, a positive environmental impact rather than a preventative approach is critical.

This is the model for modern capitalism to embrace: making something to grow something and to put back. Profit can renew its role as the route to prosperity not just for one person or one company, but as the driving force behind a wider social purpose and a better life for all.

Profit and purpose are not mutually exclusive, if you choose to do it right.