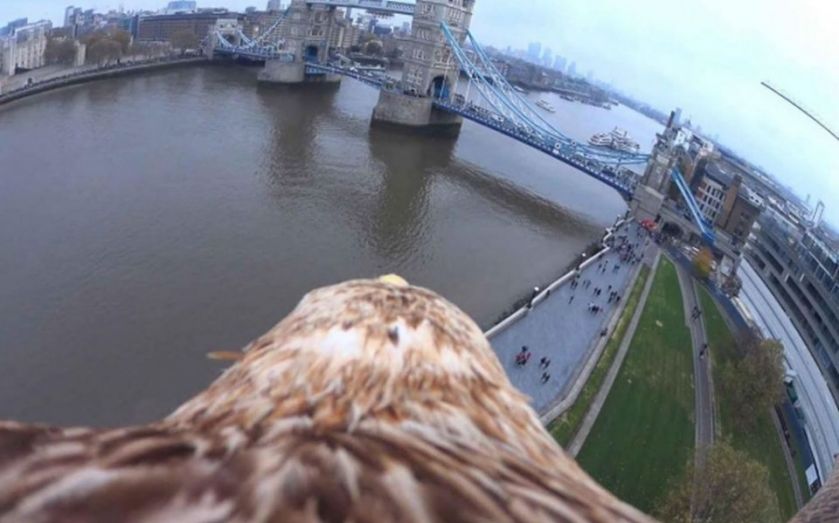 Stop whatever you're doing and watch this.
An animal charity has attached a camera to a white tailed eagle and the bird – whose name is Darchan – has flown around some of the best parts of the capital.
The eagle explored London and flew from iconic landmarks, including St Paul's Cathedral, City Hall and Tower Bridge, and the ArcelorMittal Orbit in the Olympic Park.
The footage, shot using a Sony HDR-AZ1VR Action Cam, gives us a great new perspective on the sites we see every day.
The first video shows him flying up to Tower Bridge.
Then you can see him taking off from the ArcelorMittal Orbit here:
And here he is taking off from St Paul's Cathedral:
It's not his first time showing us groundlings what it's like up in the skies – he previously flew around Paris to produce a video that has been viewed more than a million times.
It was filmed as part of a promotion to raise awareness of endangered animals for the  International Union for Conservation of Nature, which has produced its 50th annual Red List, highlighting the growing number of mammals, birds, amphibians and other creatures that are at risk.
The IUCN is also holding an art exhibition called Here Today at London's Old Sorting Office from 25th November – 17th December.
Here are some images captured during his flight. Don't look down!