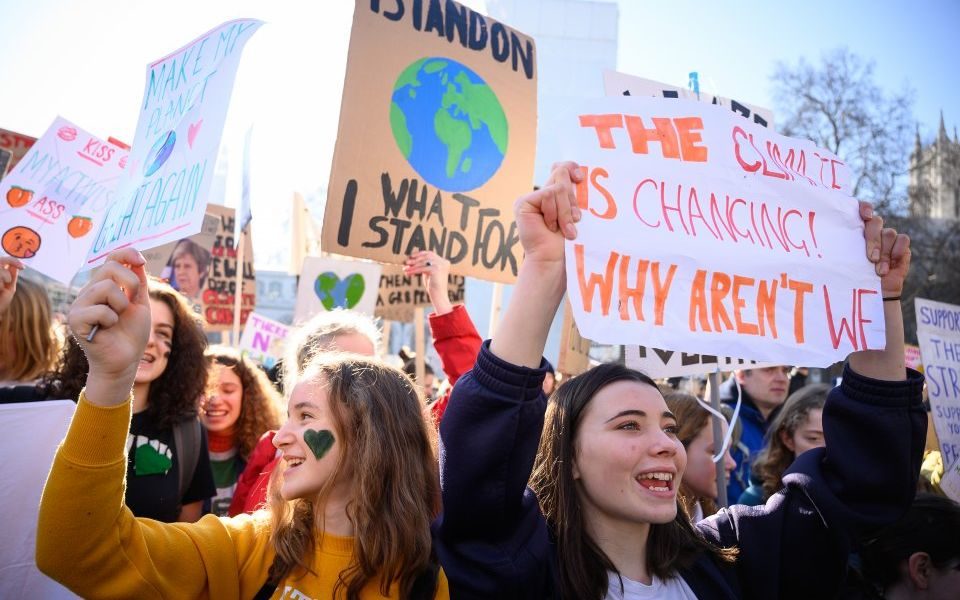 The reaction was predictable.

Last week’s Climate Strike by schoolchildren was met with an inane debate about whether or not the pupils were right to “play truant”.

This dialogue of the deaf was a missed opportunity. Politicians should take seriously the protesters’ demand that they “recognise that young people have the biggest stake in our future”.

How we weigh policies which differentially impact today’s adults and future generations has been a recurring undercurrent of the last decade of British politics – including on deficit reduction and Brexit. It’s time we asked whether we get the balance right.

Government policies shape the use of vast economic resources. Underpinning all decisions are judgements about the relative importance of the present against the future.

End-of-life healthcare, in contrast, means expending resources today that society could otherwise deploy into research and development spending or tax cuts to induce innovation and higher living standards in future.

Climate policy is all about balancing the interests of current and future populations.

Comparing different policies over time requires governments to assume a “social discount rate” – a rate of interest that means that future costs and benefits can all be examined at their present value. The higher the discount rate is, the less we are willing to give things up today for benefits in the future.

But it is not obvious at all what that social discount rate on government projects should be.

People usually have a clear preference for the present over the future, meaning that the discount rate would be positive. We could invest money that we do not spend on reducing carbon emissions, after all, and it will return more over time.

This, and the fact that unforeseen events may wipe out the earth at any moment, leads many to argue for policies to be present-biased.

But this can lead to difficult moral territory. As George Mason University’s Tyler Cowen has outlined, a positive discount rate of two per cent implies that one life today is worth seven in 100 years; a five per cent rate means that a life today is worth 132 after a century.

Moreover, with issues with potentially big externalities, such as climate change, one could argue that discounting downplays the very real impacts that today’s decisions will have on distant generations. Cowen himself argues then that the correct social discount rate is near zero.

The discount rate we apply to the economic analysis determines the starting point for the debate on cutting carbon emissions.

When children claim that the government is not focused enough on their future, they are implicitly saying that the discount rate applied is currently too high. This makes a stronger case for more carbon mitigation today, assuming that it works and does not lead us to ignore other unforeseen important issues.

But the implication of demanding that the government stop thinking in such a short-termist way could extend well beyond CO2.

The past eight years have seen much discussion on how deficit reduction insulated pensioners at the expense of working-age welfare recipients, for short-run electoral gain.

This is just one manifestation of what happens when governments seek reelection at the expense of long-term thinking. There are no end of examples of government policies which amount to channelling money or resources to certain groups today, rather than maximising the sustainable future growth of the economy.

Yet if we really placed equal moral weight on future generations, this would imply that the best social use of resources would be to generate robust long-term sustainable growth.

A future-obsessed government would probably be spending far less on welfare, pensions, and healthcare for current generations – all programmes that do not add to the long-term productive capacity of the economy.

Instead, it would be seeking to ensure that resources remained where they were most likely to generate innovation, which would compound to deliver huge gains over time.

The children who went on strike last week were right to argue that future generations get a raw deal in policymaking. But this is a structural flaw of government action that extends far beyond carbon emissions.

If they really care about future generations, kids today should be bunking off school to demand policies to deliver robust long-term economic growth.