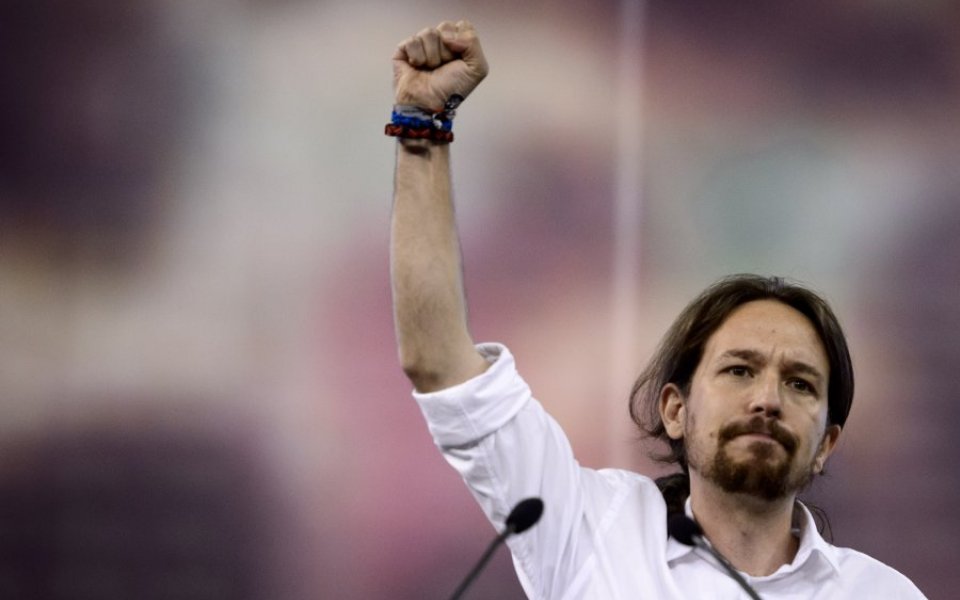 Fringe parties have come to prominence in recent years, often threatening – or completely overturning – two-party systems. Much of this year’s Greek drama stemmed from the political standoff between the country’s lenders and a Syriza party that pledged to defy unpopular bailout conditions.

While Syriza may have eventually backed down, its rise (and the collapse in vote-share of the main parties) remains astonishing, and has arguably prompted the rise of parties such as Portugal’s radical Left Bloc, and Spain’s Podemos.

In France, Marine Le Pen’s National Front failed to win any region in last weekend’s elections, yet it is still extremely worrying that a candidate with her views could gain 42.2 per cent of the vote in one region, while her niece Marion Marechal-Le Pen took 45.2 per cent further south.

And while the situation may not be quite so concerning across the Pond, many people are watching on bemused as the dangerously provocative Donald Trump continues to perform well in the polls.

The move towards extreme positions has not been seen everywhere, however. In Latin America, the opposite has occurred recently in both Argentina and Venezuela, with voters flocking to relatively centrist positions. The business-friendly Mauricio Macri sent markets soaring in Argentina last month, while crisis-struck Venezuelans overwhelmingly opposed the destructive ruling party led by Hugo Chavez’s successor.

This weekend, it’s the turn of Spaniards to express their views at the ballot box – and, intriguingly, we could see voters move in both of the directions outlined above. A lingering recession, housing market crash and mass unemployment have stoked discontent in recent years and laid the ground for Podemos.

Podemos is similar to Syriza, an anti-austerity party that blames economic troubles on a lack of (even higher) government spending. Yet recent polls showed that it is trailing the ruling party by 10 per cent, and it’s feasible that Mariano Rajoy will be able to form a coalition with Ciudadanos – another fringe party that has shot up in the polls, but one that is notably centrist.

It is unsurprising that, during times of political and economic strife, new parties can offer a breath of fresh air, but voters must distinguish between those that offer helpful reforms – by standing up to corruption, for example – and those that simply repackage failed ideologies. Centre-ground politicians may be tedious, but as history has shown, the alternatives are often worse.