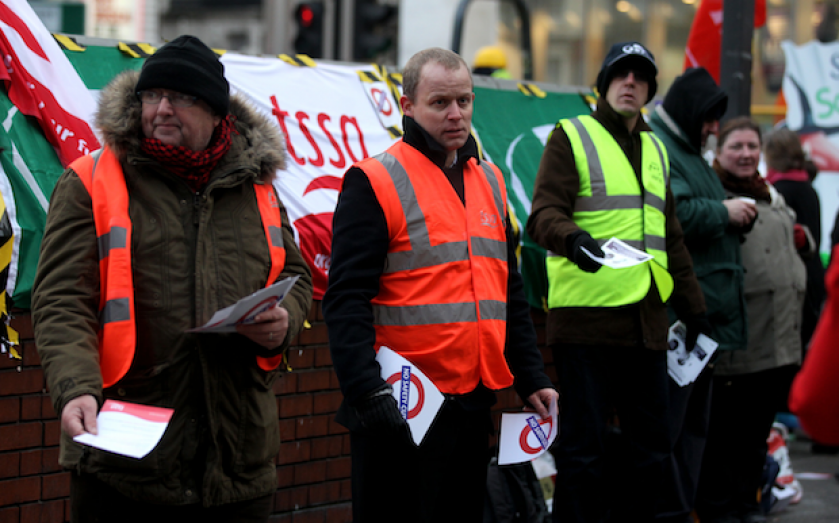 London Underground Tube staff who volunteered to keep services running during this month's strike have been awarded £25 "by way of thank you."

The strikes were called in response to the closure of London ticket offices and plans to cut 750 jobs.

The Transport Salaried Staffs Association (TSSA) said the volunteers were awarded £25 for an eight hour shift with a further £25 if they worked two further shifts over the strike.

Hundreds of our staff volunteered to help keep London moving during the recent pointless industrial action called by the union leaderships.

TfL confirmed the vouchers would be redeemable in a number of high street shops.

The TSSA said £22,000 would be awarded if 950 staff had indeed volunteered to be on duty during the strike.

Instead of wasting public money on grandstanding gimmicks, he [Mayor of London Boris Johnson] would be better off focusing on how he caused the dispute in the first place.

The Federation of Small Businesses (FSB) has estimated that businesses in the capital negatively affected by the strikes lost an average  of £1,297.