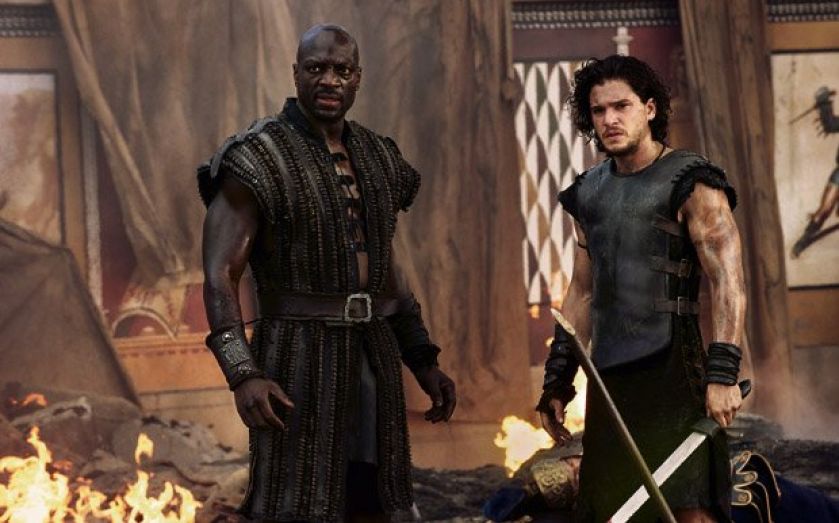 THE DESTRUCTION of Pompeii, the ancient Roman city buried under the ash of Mount Vesuvius in 79 AD, has long held a grip on the public imagination. Only eight months ago, tickets sold out in advance for the British Museum’s exhibition Life and Death in Pompeii and Herculaneum, where crowds flocked to stare in awe at its citizens, perfectly preserved by the volcano that brought about their demise. Now, it’s a multi-million pound blockbuster from Paul W.S. Anderson, the director responsible for the Resident Evil franchise.

The obliteration of a thriving city in 12 hours by an earthquake, followed by a volcanic eruption, then finished off by a tsunami, is a cinematic vision to behold. It falls neatly in line with a trend for disaster movies in recent years, but spectacle can only carry you so far – there has to be a human element to focus our sense of tragedy, and this is where the film falls flat.

The emotional core is the relationship between Cassia, played by Emily Browning, and Milo, played by Kit Harington (or as he is more commonly known “Jon Snow from Game of Thrones”). Try as they might, they simply cannot redeem a script as terrible as this (when Cassia returns from Rome her father exclaims, “Juno’s tit, is that your luggage?”) Apart from the odd outburst, the writing is painfully predictable: high-born girl falls for low-born slave; arrogant Roman senator destroys indigenous culture; and everyone else ignores repeated warnings of an impending natural disaster. Don’t go to see Pompeii for a realistic depiction of one of history’s greatest tragedies, or an elegy to the futile existence of humanity in the face of a natural tyrant. At best, it’s a sensationally camp guilty pleasure; see it because you like Gladiator and watching entire civilisations being destroyed by lava.