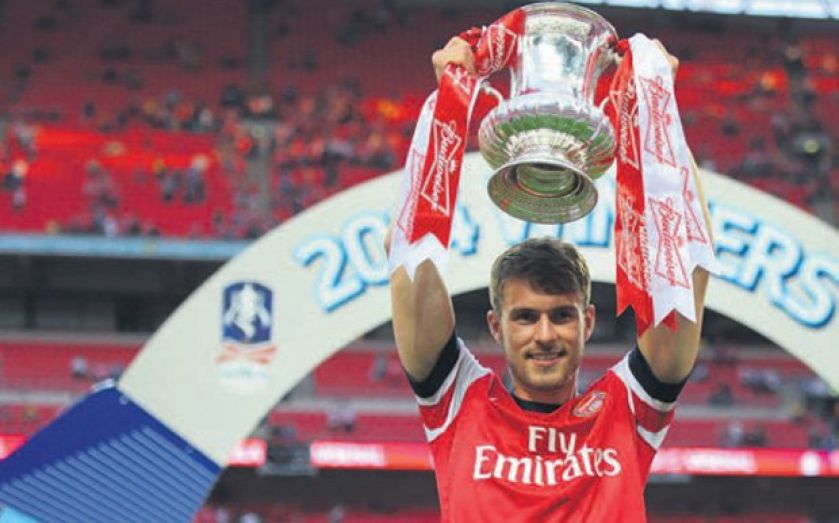 ARSENAL waited nine years for a major trophy but are as short as 2/7 with Betway to get their second in 12 months as they battle Aston Villa to hold on to their FA Cup crown at Wembley tomorrow afternoon.

Villa haven’t exactly celebrated their Premier League survival in style. An embarrassing 6-1 thrashing at the hands of Southampton was followed by a home defeat to already relegated Burnley. But one suspects that they’ve probably been saving their energy for the final.

Still, momentum is a powerful thing and, although May hasn’t been Arsenal’s best month, the Gunners managed to stay ahead of their old rivals Manchester United and come into the game on the back of an emphatic 4-1 win over West Brom.

Theo Walcott netted a first-half hat-trick in that game and, while Ashley Westwood has claimed the Arsenal defence will be having sleepless nights over Christian Benteke, the Villa back four will no doubt be having nightmares about Walcott.

It could be the England international’s last game in Arsenal colours, with contract talks set to take place after the match, so he will want to prove to Arsene Wenger that he is worth a new deal. The 26 year-old is 7/1 to score last with Betway and, with Villa’s defence likely to be wearing out as the game draws to an end, the speedster’s frightening pace could hurt them.

But Arsenal have often frozen on the big occasions. They had a scare when they went 2-0 down against Hull City in last year’s final and their Champions League exit to Monaco this season shows how they can struggle to deal with being favourites.

For those reasons, expect a nervy showing rather than free-flowing football, so selling total goals at 2.65 with Sporting Index could prove fruitful for spread bettors.

Wenger’s side did score eight goals in their two league meetings with Villa this season, while the Villains failed to hit the back of the net on both occasions, but that was before the turnaround in fortunes under Tim Sherwood.

A draw after 90 minutes at 3/1 with Betway looks like the best option, as the final could well extend into extra-time before Arsenal eventually pull through to keep the trophy. They are 8/1 with Betway to win in extra-time.

▪ Pointers…
Draw at 3/1 with Betway
Sell total goals at 2.65 with Sorting Index