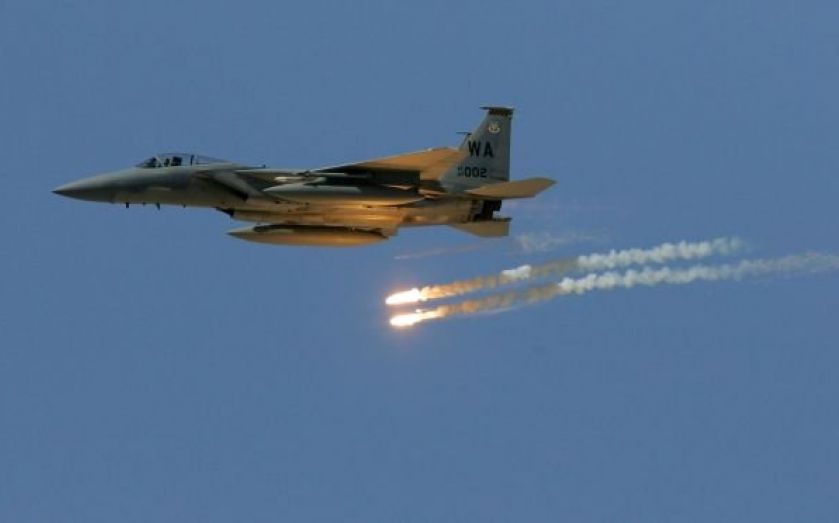 A US military plane thought to be an F15 has crash-landed in a field in Lincolnshire this afternoon.
A Lincolnshire Police statement said some members of the public had alerted them to the incident, which happened near Broadgate, Weston Hills, at 3:30pm today.
The statement said the pilot had “escaped with only a very minor injury”. No one else is thought to have been hurt.
It added: “The plane has come down in an isolated rural area and no premises have been affected. A cordon has been put in place and the public are advised to avoid the area as the plane is alight and the fumes may be hazardous.”
The police later tweeted the message asking people to avoid the area, after receiving “reports of people driving to the scene to look”.
The plane belongs to the US Air Force, based at RAF Lakenheath. Here are some initial pictures taken from Twitter: