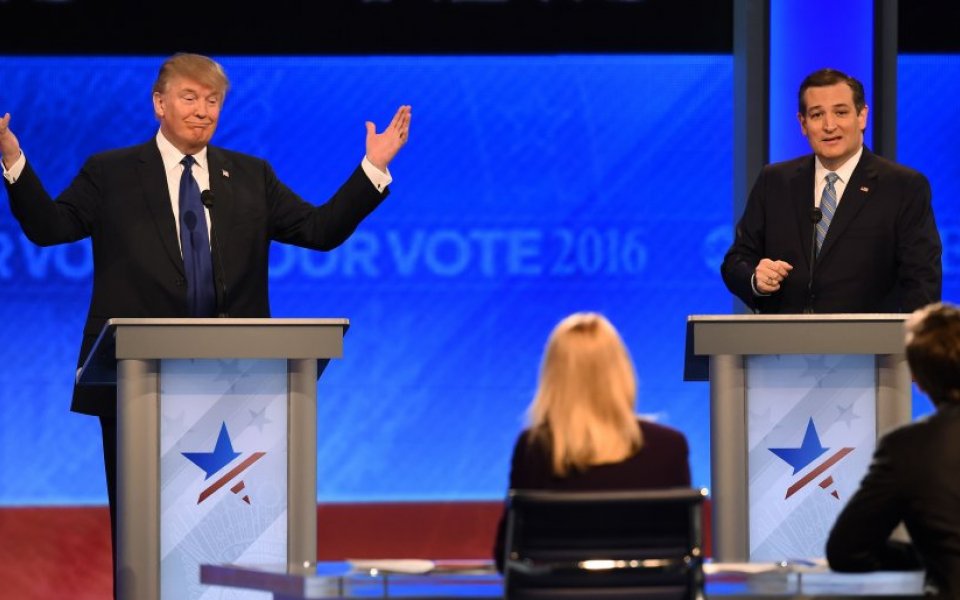 At his final rally ahead of the New Hampshire presidential primary Donald Trump resorted to a slew of insults over his rivals, repeating the remarks of a crowd member and branding Ted Cruz "a pussy" over his view on waterboarding.

“She just said a terrible thing,” Trump said after a crowd member spoke of Cruz.

Read more: The weird world of merchandise for US presidential hopefuls

“Shout it out, because I don’t want to … I never expect to hear that from you again.” Trump added in mock disapproval.

The billionaire criticised Cruz for giving an uncertain response to a question on waterboarding during the Republican debate on Saturday.

Trump also said that he'd bring back "a hell of a lot worse than waterboarding" during the debate.

The comments come as New Hampshire cast their votes in the presidential primary, and after Cruz beat Trump for the Republican candidacy in the crucial Iowa caucus earlier this month.

Despite the controversy, polls are still putting Trump vastly ahead in New Hampshire.

Meanwhile, on the Democrat side of the race, senator Bernie Sanders leads Hillary Clinton in New Hampshire. In Iowa the candidates ended in a virtual tie, Clinton winning 49.9 per cent of the vote against Sanders' 49.6 per cent.