US budget deficit falls to lowest level since 2007 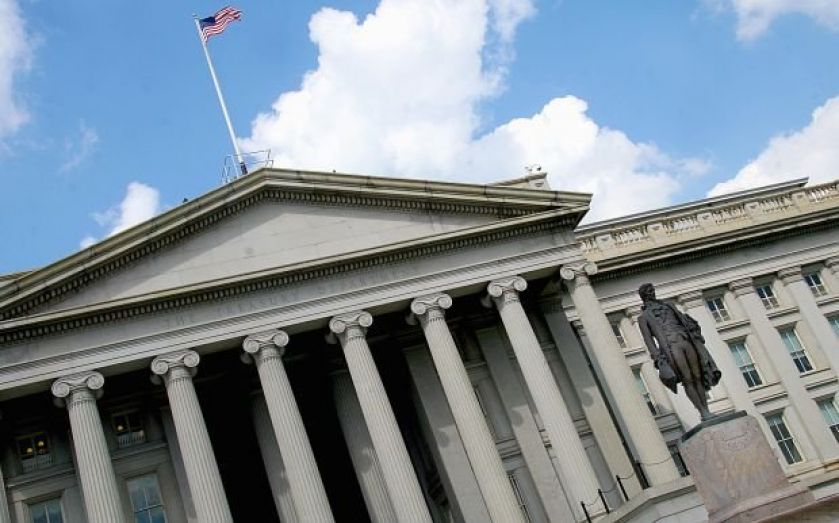 The US economy has passed another landmark.
According to the US Treasury, the budget deficit has shrunk to 2.8 per cent of GDP, its lowest level since the blue skies of pre-crisis 2007 were above it.
The amount the government has to borrow to meet its outgoings is down from $680.2bn in the 12 months to September 2013 to $483.4bn over the corresponding period this year. At the height of the crisis the deficit swelled to $1.4tn.
U.S. Treasury Secretary Jacob Lew:

The President's policies and a strengthening U.S. economy have resulted in a reduction of the U.S. budget deficit of approximately two-thirds – the fastest sustained deficit reduction since World War II.
The strengthening US economy Lew mentioned includes higher tax receipts as the unemployment rate drops. The headline rate reached 5.9 per cent last month, down from 7.2 per cent in August.

The relief is likely to be short-lived. Like many developed nations, the US faces the challenges of an aging population as the baby-boomers reach retirement age.
What is more, there are signs that global economic growth is not as strong as hoped and the US may not be immune to economic trials elsewhere.
Earlier this year Moody’s released a report revealing that 60 per cent of the world’s countries will be aging by 2015. In the US, 14.7 per cent of the population will be over 65 in 2015, rising to 16.6 in 2020 and 18.6 per cent in 2025.
Read about the report here, or explore the findings using the interactive map below. Use the drop-down menu in the top right to change between years.
Share:
Tags: NULL