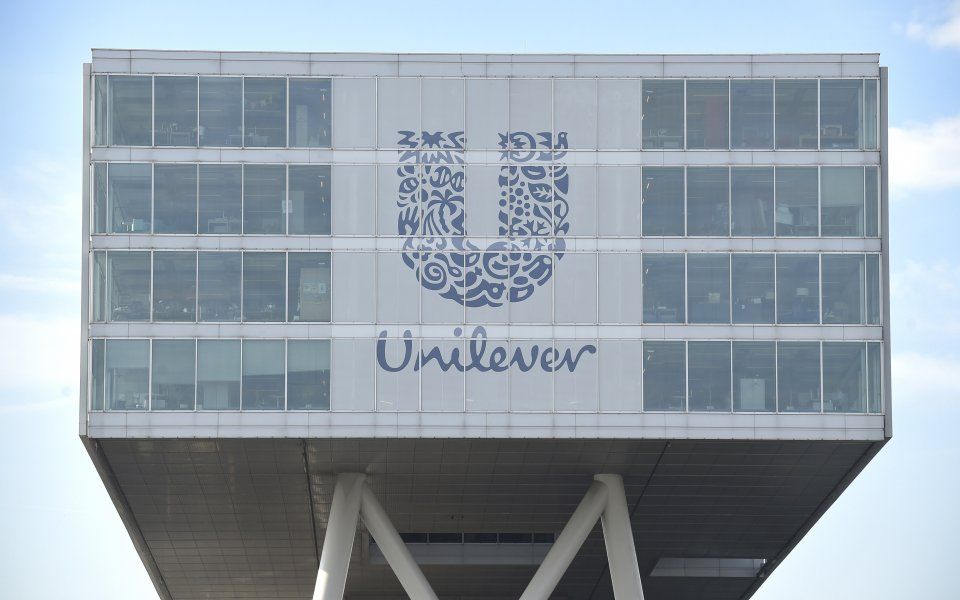 Unilever has abandoned plans to leave its UK headquarters and move its primary listing to the Netherlands.

The maker of Dove soap, Lynx and Marmite cited a lack of investor support today for its decision to scrap plans to make Rotterdam its sole HQ, ditching its London offices.

Legal & General Investment Management, Schroders and M&G Investments are just some of the top shareholders to indicate they planned to vote against the move in a crunch meeting later this month.

Unilever's share price edged flat on the news in London and Amsterdam in early trading.

It is currently listed in both London and Rotterdam, and needed 75 per cent of UK shareholders to back its move to make the Netherlands its primary listing.

Under its proposed new structure, Unilever would have kept its UK listing on the London Stock Exchange but would have had to leave the FTSE 100, in line with UK rules.

That could have seen some shareholders forced to sell their stakes.

Chairman Marijn Dekkers said: "Unilever has built a long track record of consistent and competitive performance. The board continues to believe that simplifying our dual-headed structure would, over time, provide opportunities to further accelerate value creation and serve the best long-term interests of Unilever.

"The board will now consider its next steps and will continue to engage with our shareholders. We will proceed with the plan to cancel the NV preference shares, further strengthening our corporate governance."

Its decision to scrap its plans to make the Netherlands its primary listing comes after shareholders representing around 12 per cent of Unilever's stock had publicly stated their opposition to the plans, after a PR offensive failed to persuade them of the benefits.

Their concerns surrounded issues such as the forced selling of their shares at no premium, and fear that the move would give Unilever more security in the event of a takeover under Dutch law – the decision to shift its headquarters came after Kraft-Heinz's failed $143bn acquisition of the firm.

Royal London Asset Management most recently spoke out against the proposed move, saying on Wednesday that "Unilever might be able to convince European shareholders that the move makes sense for the company and for them as investors in the long term, but it’s hard for a UK investor to see an incentive to vote in favour".

"We do not believe this is the right decision for Unilever shareholders," Schroders' global head of stewardship, Jessica Ground, added on Monday.

"Unilever is opting for a single listing in the Dutch market; we have previously expressed our concerns about the moves in the Netherlands towards protectionism, which undermines shareholder rights.

"In addition, our clients will be forced sellers of Unilever as a result of it exiting the FTSE UK Indices."

Reacting to the news, a spokesperson for the Investment Association, which had also warned investors against the move, said: "The feedback from many of our members has been that there was no compelling reason for Plc shareholders to accept the proposed simplification in this form.

"They did not believe it would be in the long-term interests of their clients, and would have resulted in many shareholders being forced to sell their shares.

"We welcome the fact that Unilever has listened to the feedback from their shareholders and not pushed ahead with their plans. We look forward to engaging with the company on their future plans.”