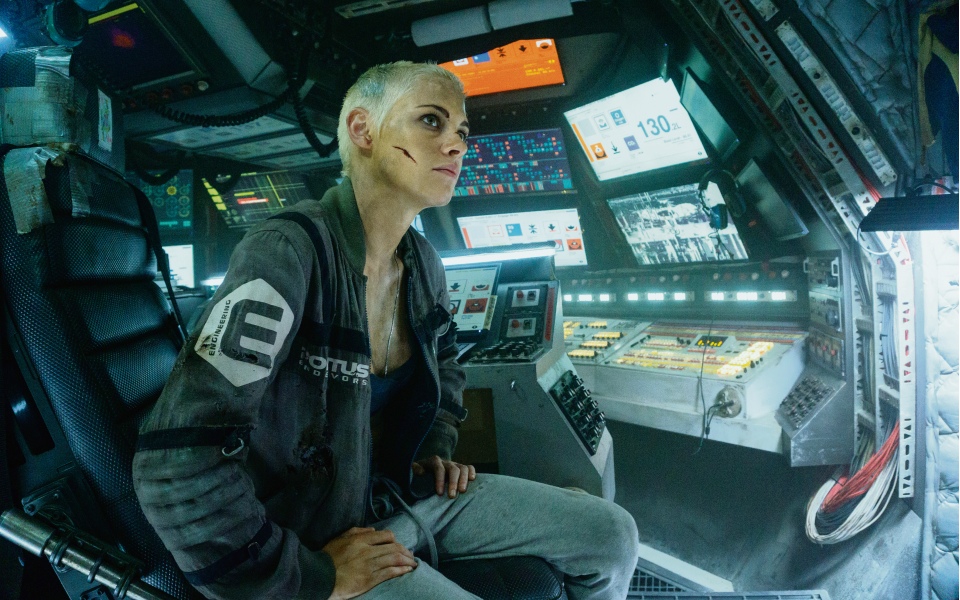 In her latest attempt to escape the fading shadow of the Twilight franchise, Kristen Stewart heads to the one place vampires fear to tread: the bottom of the ocean.

In subnautical science-fiction horror Underwater, she plays a mechanical engineer aboard an imperilled deep sea drilling station, tasked with rescuing herself and her dwindling crewmates after an earthquake – or something else – destroys half of the facility.

The post-it note on this screenplay almost certainly said “Alien, except more wet”, but Underwater doesn’t try to disguise its influences, and, rather than feeling hackneyed, is well-served by a dogged imitation of far better science-fiction movies. A sci-fi magpie, the film owes as much to The Poseidon Adventure, Gravity and The Abyss as it does to Ridley Scott.

Stewart can manage a decent enough impression of Ripley, though the regularity with which she’s reduced to wearing her underwear begins to feel gratuitous. It’s frankly implausible that, aboard the most advanced mining platform in human history, there aren’t diving suits large enough to accommodate trousers.

Six miles below the waves feels about as alien as any exoplanet, and the creaking, collapsing drilling station is a maze of grilles and pipes to match any spaceship. Set designers have drawn inspiration from such iconic corridors as the Nostromo, littering the frame with inscrutable iconography and monitors flickering with indecipherable warnings.

But for all the rich, videogamey detail lavished upon the station itself, Stewart and her co-stars play thinly sketched characters with one-note backstories, bobbing aimlessly between horror set-pieces. True to the genre, the survivors with the fewest lines are picked off in a series of entertainingly horrible ways: torn to shreds by sea creatures or explosively decompressed. Extended close-up shots and claustrophobic framing create the oppressive sense that you might be drowning in your seat.