The ultimate privatisation: It’s time to let parent power loose on our schools 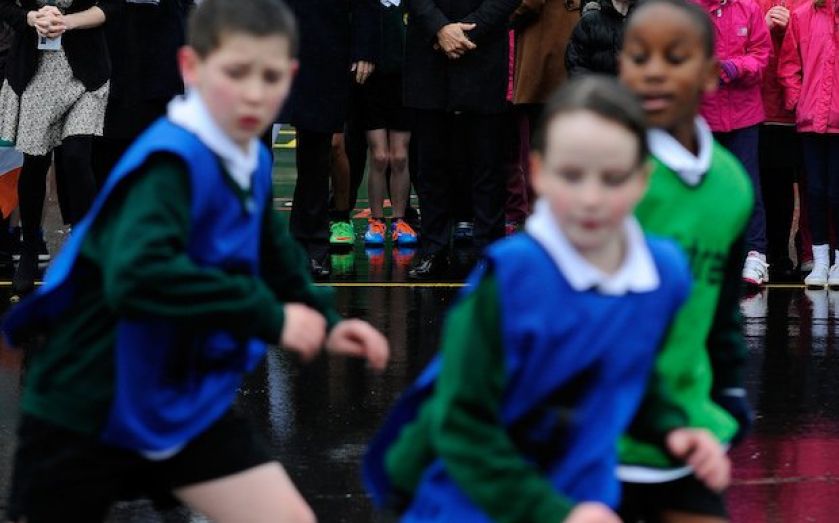 HOW DO you change the world? The answer is one child at a time, by transforming the education system and the influence of parents in that system. How do you transform the education system and the role of parents? By making schools part of a genuine market, dominated by consumers (parents and children), and not by producers (teachers and bureaucracy). This is not rocket science, but politicians are slow to learn. Over 150 years ago, the political economist John Stuart Mill said that “if the government would make up its mind to require for every child a good education, it might save itself the trouble of providing one. It might leave to parents to obtain the education where and how they pleased, and content itself with helping to pay the school fees of the poorer classes of children, and defraying the entire school expenses of those who have no one else to pay for them”. This is the rationale behind a school voucher system. Parents could choose schools specialising in all manner of subjects, values and teaching methods. The introduction of genuine choice and competition and a real market in schools has the potential to drive up standards, transform values and create a genuine market-orientated worldview in our culture. Children would understand that the state doesn’t need to intrude in their lives. It could change the character of Britain forever. Critically, it could depoliticise education. If politics has no role in what we buy on the high street, why should it have any part in the most important purchase of all, our children’s future? A voucher model could be wildly popular with the electorate. Give the £6,000 to £7,000 per child – which currently goes to the school – to the parents, with the freedom to top up that amount if they so choose. There are probably many thousands of parents who could afford to educate one but not all of their children independently and, as a consequence, keep all in the state sector. A voucher model would transform education economics on both the demand and supply-side. On the demand side, it would deal with this “all or nothing” constraint. On the supply-side, it would combine with technological change to deliver a myriad of new types of schools and education providers. In a rich irony, it’s the chief executives of Swedish private school networks who are among the most frustrated at the bureaucracy of free schools in the UK, because they are denied the profit motive. When the Nordic economies tell you the profit motive is needed in schools, surely we should listen? Swedish economist Gabriel Sahlgren of the Centre for Market Reform of Education has shown that real competition is a powerful tool to improve school performance, but flaws in the design of more competitive systems has compromised the effectiveness of reforms. Sadly, real competition is all too easily strangled by the dead hand of bureaucracy. Parents have to be free to choose, and schools need to be free to deliver. Producer interests dominate schools, with monopoly power, quangos, bureaucracy, teachers and teaching unions. All this adds up to a gap between the performance of the state and independent sectors, which looks too wide to be explained by socio-economic factors alone. The latest comparable statistics show a GCSE pass rate (Grades A*-C) of 59 per cent in the state sector versus 81 per cent for independent schools. Professor Robert Coe, director of the Centre for Evaluation and Monitoring in the School of Education at Durham University, has argued that “efforts to improve education in England over the last 30 years have failed… Much of what is claimed as school improvement is illusory.” He is right. While there has been educational reform, the model remains far too centralised. Academies and free schools are an attempt to decentralise the system, but the rigours of the market are almost unseen. There is a clear absence of free entry and exit of schools. Market forces don’t threaten schools with closure if they fail to deliver. More broadly, performance-related pay is only just being introduced, so there has been no genuine link between pay and productivity. And heads can’t remove failing teachers without the mother of all battles with the unions, which function like old Soviet political commissars. Ultimately, school competition could transform prosperity as measured by consumption, competitiveness and character: consumption, by placing spending on education in the hands of parents not politicians; competitiveness, by driving up educational performance and potential GDP growth; and the character of the country, as the benefits of capitalism and competition are learnt at a tender age and never forgotten. We’ve tried perestroika – reforming a state monopoly. We’ve tried more money – and often there’s a negative relationship between spending and standards. Isn’t it time to trust parents and introduce the ultimate privatisation? Graeme Leach is director of economic and prosperity studies at the Legatum Institute in London.