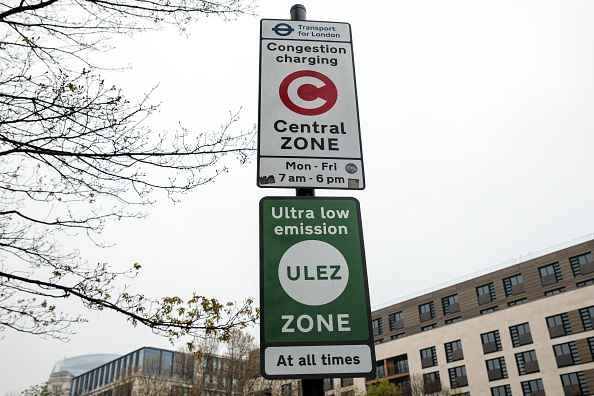 Mayor of London Sadiq Khan first introduced the Toxicity Charge in October 2017, which forced drivers of older diesel and petrol cars to pay £10 a day to drive in parts of London.

Read more: Ulez should include all of London: Greens co-leader

The scheme was upgraded in April this year and renamed the Ultra Low Emissions Zone (Ulez) charge.

A report, released yesterday, revealed the schemes have decreased nitrogen oxide levels by 33 per cent in affected areas since 2017.

It also found there were now 13,500 fewer polluting cars being driven into the zone since April.

The mayor of London report added that 77 per cent of vehicles in the zone now also meet the clean emissions standards set by the scheme.

Khan said the results were a vindication of his policy.

“I am determined to stop Londoners breathing air so filthy it is damaging our children’s lungs and causing thousands of premature deaths,” he said.

The Ulez charge is £12.50 for cars that don’t meet environmental standards and £100 for larger vehicles, such as trucks and buses.

The zone spans from Marylebone to the eastern most point of the City of London, while the most southern part of the area includes Vauxhall.

In 2021, the zone’s limits will be expanded for heavy vehicles to the North and South Circular roads.

Dr Penny Woods, chief executive of the British Lung Foundation, said the results show that Ulez should have a wider roll-out.

“We now want to see the Ulez expanded to every polluted London borough to protect the lungs of every Londoner,” she said.

“Most UK cities have illegal and unsafe levels of pollution…That’s why similar Clean Air Zones must be urgently rolled out across the country to protect everyone’s lungs.”