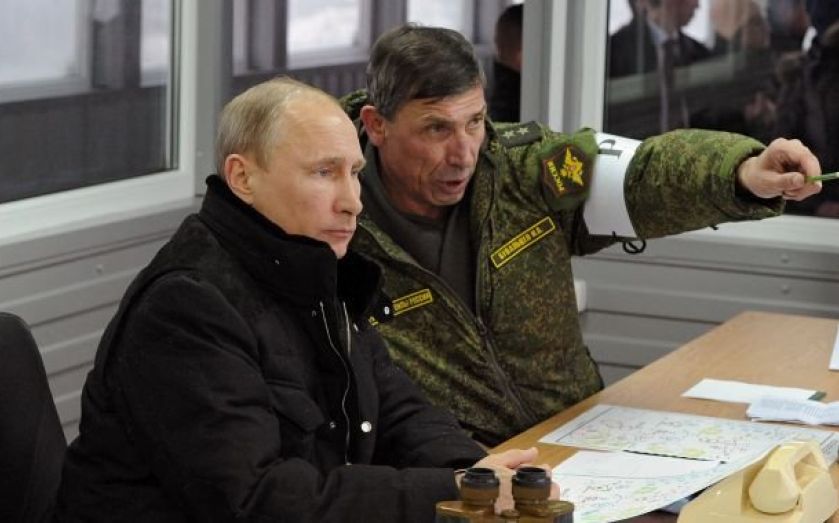 Russia is pulling troops away from the Ukrainian border, ahead of president Vladimir Putin’s meeting with Petro Poroshenko.
17,600 soldiers stationed in the Rostov region have been ordered to return to their bases. According to Russian news agency RIA Novosti, the troops’ training exercises have now come to an end.
A ceasefire has been in place since 5 September, however fighting has continued to take place in the Donetsk region.
Putin and Poroshenko conducted diplomatic talks for the first time in August, with Putin commenting; “Russia, for its part, will do everything to support this peace process if it starts”. However, he also stressed the onus was on Kiev to negotiate with the pro-Russian separatists.
On Friday credits ratings agency Moody’s said that Ukraine’s governments could default its debts if Russia recalls a $3bn (£1.85bn) loan made to its neighbours last year.
The troubled state’s debt is set to rise above 60 per cent this year.
However, Russia is not without its financial worries either. Its growth forecast has been slashed by the World Bank from 1.5 per cent in 2015 to 0.3 per cent, and 2.2 per cent in 2016 to 0.4 per cent.
The EU maintain sanctions against Russia will remain in place until a peace between the two sides has been “properly implemented”.
Share
Tags: Ukraine crisis