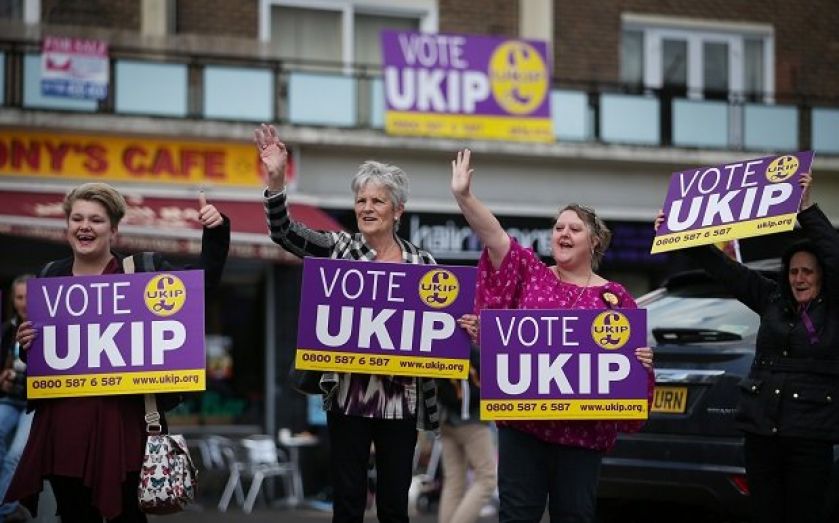 Next year's general election could prove tougher for Ukip than the current opinion polls suggest, according to new research from Plymouth University.

The research suggested that Ukip's impressive poll ratings will not translate into a significant number of MPs at Westminster next year. One of the reasons for the prediction was that although Ukip will will receive a strong share of the vote, Ukip's supporters are spread over many constituencies rather than being concentrated.

This makes it more difficult for the party to win seats under the UK's first past the post electoral system. Ukip's problem somewhat mirrors the Tory party's difficulties although on a much smaller scale.

There was some good news for the Lib Dems with the research concluding that the party will perform much better on polling day than its current dismal ratings. Data collected in the study estimates the Lid Dem vote share to be around 14 per cent, six points higher than the latest averages.

Professor Michael Thrasher, of Plymouth University, said the party would perform better in individual constituencies, limiting their losses to around 17 seats.

Nigel Farage found himself in some hot water yesterday after he defended remarks made by former Ukip candidate for South Basildon and East Thurrock  Kerry Smith, who referred to Chinese women as "chinky". Speaking on LBC on Friday Farage asked host Nick Ferrari:

If you and your mates are going out for a Chinese, what do you say you’re going for?