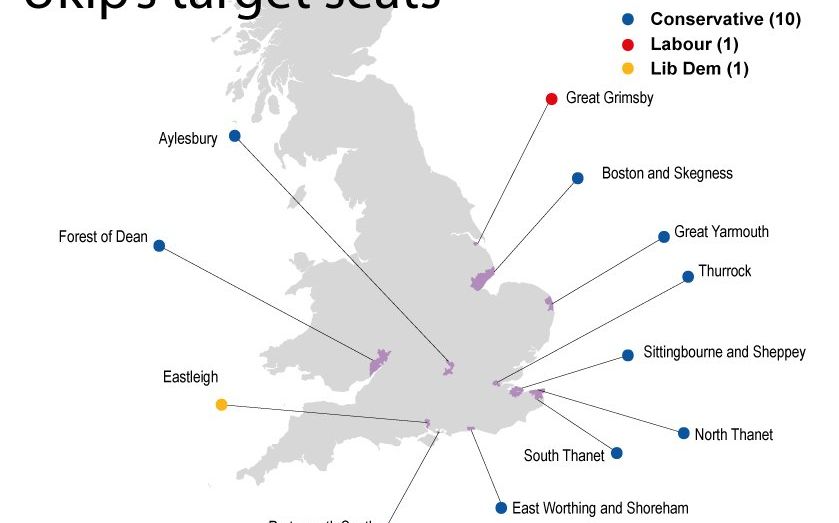 What sort of voters will Ukip target when campaigning for the general election begins in earnest next year? Analysis of official data by City A.M. shows the people in Ukip's 12 target areas tend to be older, less qualified and less wealthy than the national average.

Unsurprisingly, the target seats are concentrated in areas where the party triumphed in this year's European elections. Nigel Farage's party scooped 4.3m votes, or 10.6 per cent of the vote.

Most are clustered in the south and around the coasts of England, with all but two being held by Tories. As the data shows, many of the voters in Ukip's top target seats have earnings at or below the national median. 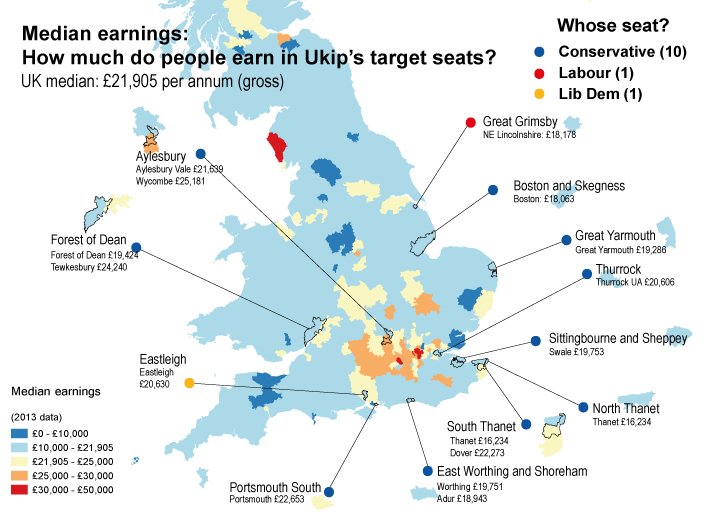 Matthew Godwin of Nottingham University, author of  the much-acclaimed book Revolt on the Right, has identified the group most likely to throw its support behind Ukip – a group he dubs the "left behind" voters. Godwin's Ukip voters fail to see the benefits of modern Britain manifesting themselves in their lives and communities. They are overwhelmingly white, working-class and have few qualifications. Ukip's policy mix of cracking down on immigration, taking low earners out of income tax and reversing the bedroom tax is likely to prove an attractive offer for these "left behind voters".

A glance at the economic and demographic make-up of Clacton, the seat of Ukip's first elected MP Douglas Carswell, suggests Godwin's description is close.

Ukip's raison d'etre of leaving the European Union and imposing strict controls on immigration also appears to play best in areas where there are the fewest immigrants.

The darker the unitary authority on the map below, the highe rits proportion of non-UK nationals. The purple areas show seats UKIP won during the 2014 European parliamentary election.

What's clear from the data is that Ukip has positioned itself just right for its target market. The party came within a few hundred votes of dealing Ed Miliband a serious blow at the Heywood and Middleton by-election. The fact it was able to increase its share of the vote by a whopping 36 points in deep Labour heartlands is giving Labour strategists increasing cause for concern.

Soon Ukip could be adding to its presence in Westminster with the by-election triggered by the defection of Mark Reckless set for 20 November. Last week, a ComRes survey showed Ukip set to win the Rochester by-election leading the Tories by 13 points. In the run-up to the general election, Nigel Farage and his colleagues are likely to give David Cameron, Miliband et al more than a few sleepless nights.