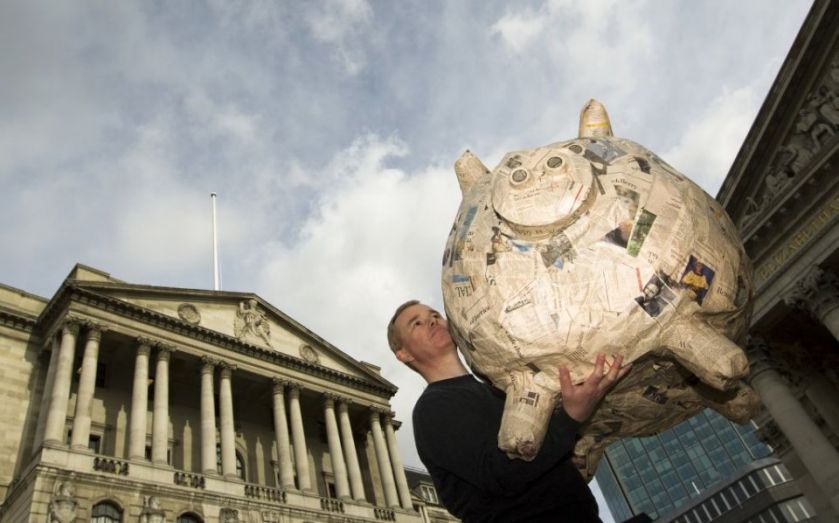 Savers will lose out when regulators trim the amount of customers' deposits guaranteed by the UK government, thanks to the pound's appreciation against the euro.

The Bank of England's Prudential Regulation Authority (PRA) has said the amount covered by the guarantee schemes will fall by £10,000 to £75,000 from 31 December.

A rosier economic picture, as well as the ongoing Greek debt crisis, has increased the value of the pound against the euro.

"The PRA is required by the European Deposit Guarantee Schemes Directive to recalculate the Financial Services Compensation Scheme (FSCS) deposit protection limit every five years and set it at a sterling amount equivalent to £100,000," it said.

The European scheme was first introduced when the Eurozone was in the grips of the global financial crisis. It was designed to stop savers moving money across different jurisdictions as a means of increasing protection.

The £85,000 threshold had been in place since 2010, and must be reviewed every five years to keep it in line with these rules.

This is the first time the level of protection offered to savers has been changed since the global financial crisis – when it was hiked to allay fears people would lose money if their bank collapsed.

Commentators criticised the move saying that it unfairly punishes savers, and that the European Scheme which underpins it is out of date.

"This is absolutely bonkers. Savers are already suffering rock bottom interest rates, and now to add insult to injury the safety of that cash is being undermined," Danny Cox, chartered financial planner at Hargreaves Lansdown, said.

"It is absurd that the 16 per cent depreciation of the euro largely brought about by the crisis in the Eurozone in general, and the Greek crisis in particular, should be forcing a reduction in the level of protection available to UK depositors," Andrew Tyrie MP, chairman of the Treasury Committee, said

"It makes no sense to fix deposit guarantees, which need to be stable to win public confidence and which should be providing certainty and predictability for ordinary savers, to a volatile variable like the exchange rate."

"In this respect, the EU Deposit Guarantee Schemes Directive is defective."