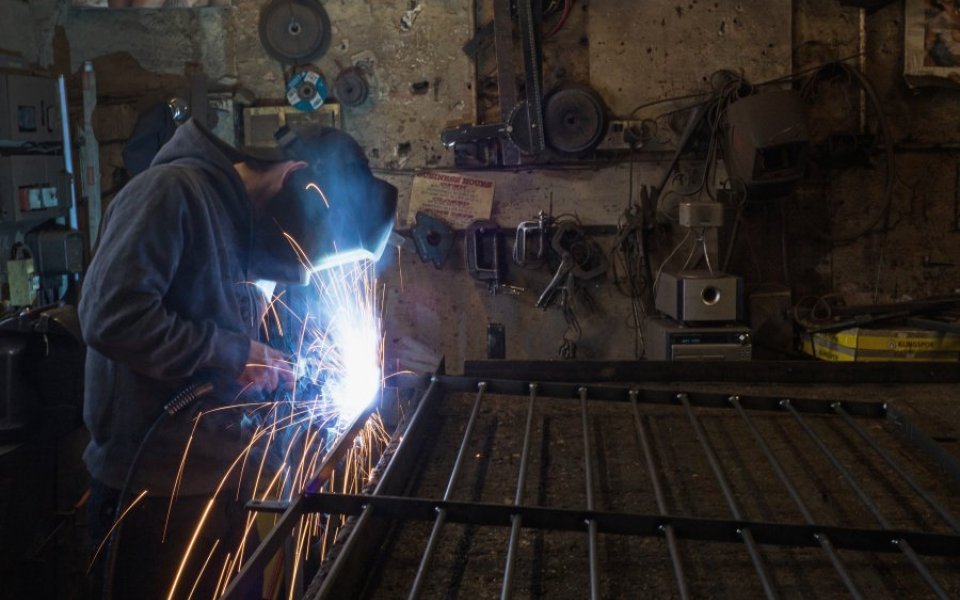 The UK's manufacturing sector ended its decline toward the end of last year, but contracted over 2015 as a whole.

Factory output was the same in the final three months of 2015 compared with the three months to September, the Office for National Statistics said this morning. The stagnation rounded off a poor year for the struggling sector which contracted 0.2 per cent in 2015.

Industrial production, which includes mining and quarrying as well as manufacturing, increased just one per cent between 2014 and 2015. Over the last three months of the year it dipped 0.5 per cent from the previous three months.

Industrial production makes up around 15 per cent of the UK's economic output. Yet the outlook for the sector could brighten this year.

"Overall, 2015 was a poor year for the manufacturing sector. And with the sector still dealing with the appreciation of the pound from mid-2013 to mid-2015 and overseas demand still subdued, the near-term prospects don’t appear much better," said economist Scott Bowman from Capital Economics.

"Accordingly, the economy will continue to rely on the services sector to drive the recovery. That said, the more recent depreciation of trade-weighted sterling and our expectations of a pick-up in world growth in 2016, suggest that the manufacturing sector’s fortunes will improve slightly as this year progresses."

Export conditions remain tough with a weak Euro and decreasing manufacturing output in the Eurozone. Continuing factory output shrinkage in China is affecting global markets and growth forecasts for manufacturers. Considerable headwinds clearly remain, but it's not all doom and gloom.

Domestic demand remains strong with consumer credit confidence and spending continuing to rise. 2015 also represented a 10-year high in car production. Looking ahead, even a weakening pound could boost exports for UK manufacturers. 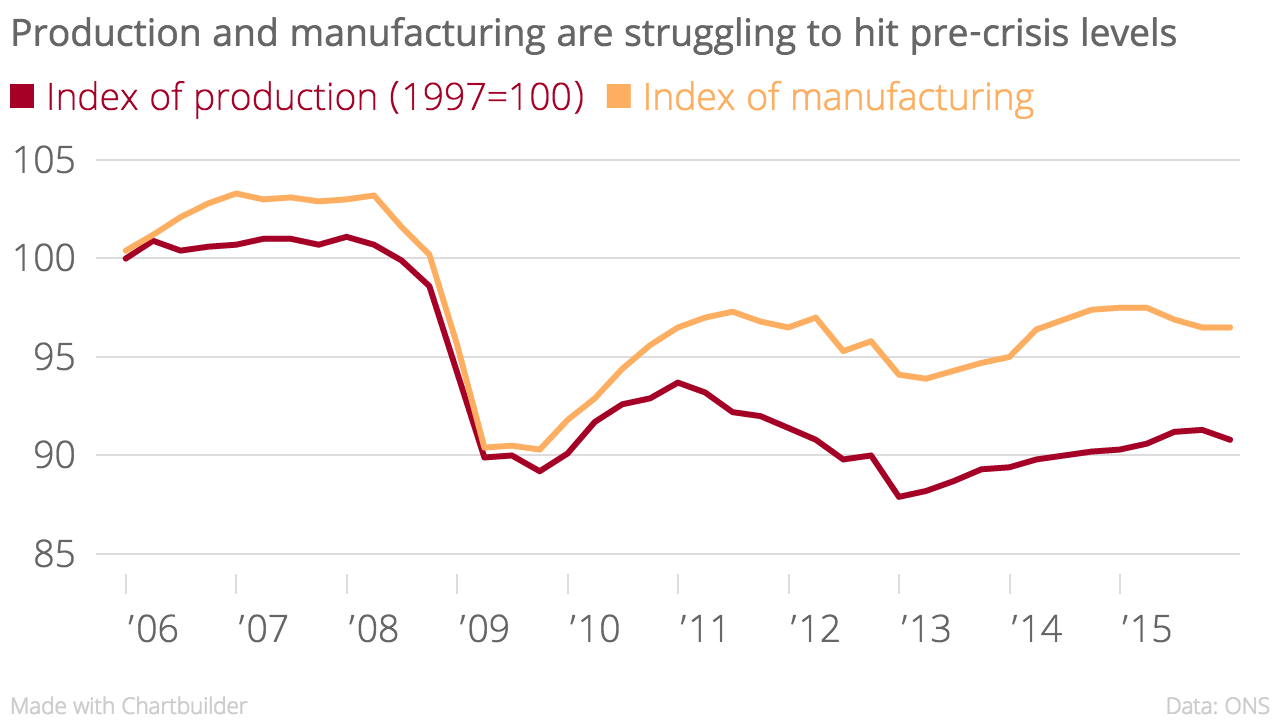