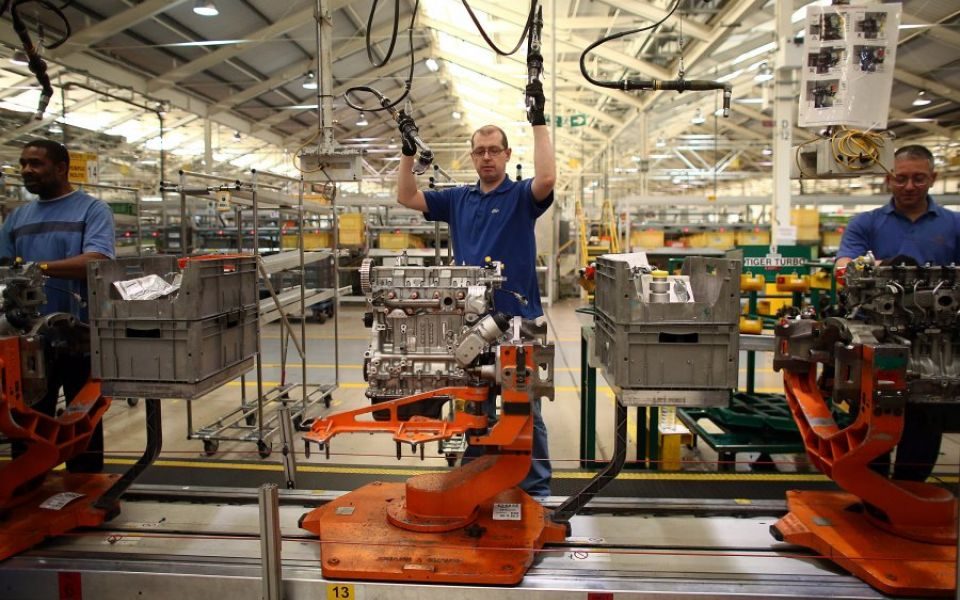 Growth in the UK manufacturing sector slowed in April, according to closely-watched data released today, following a faster-than-expected expansion in March due to Brexit stockpiling.

The headline purchasing managers’ index (PMI) fell to 53.1 in April, down from March's 13-month high of 55.1, according to IHS Markit and the Chartered Institute of Procurement & Supply (CIPS). A score of over 50 indicates growth in the sector.

Meanwhile, business optimism reached a seven-month high in April. Over 50 per cent of companies said they thought output would increase over the coming year.

IHS Markit and CIPS said that while stockpiling continued, its pace eased due to the extension of Britain's exit from the European Union to 31 October, which lessened demand in the sector.

April saw overseas manufacturing demand rapidly decrease, with the decline mainly due to Brexit according to the companies surveyed by IHS Markit and CIPS.

Britain’s manufacturing sector also suffered under slower global market conditions, with reports of lower demand from the European Union, the US, and China.

There was weaker growth in production, new orders and stocks of purchases in April, while the lower PMI level also reflected job losses in the sector. Natural wastage, improved efficiency and workforce restructuring were blamed for job losses.

Today’s manufacturing PMI score “suggests that the sector will slip back into stagnation now that the boost from preparations for a no deal Brexit has passed,” said Andrew Wishart, UK economist at Capital Economics.

He said: “Looking ahead, the manufacturing PMI is likely to ease further. Firms appear to have large inventories relative to orders while global manufacturing, and therefore export orders, remain weak.”

Rob Dobson, director at IHS Markit, said: “The trend in new export business was especially weak, as high stock holdings at clients and slower global economic growth led to reduced demand from key markets such as the European Union, the USA and China.”

“Companies noted that the delay to the scheduled Brexit date meant they had to ensure levels of key inputs remained sufficiently large to cover as broad a range of outcomes as possible in coming months,” he said.

He added: “The ruthless realities of a weak global economy and the dragging effects of political indecision has the sector merely surviving from one month to the next.”