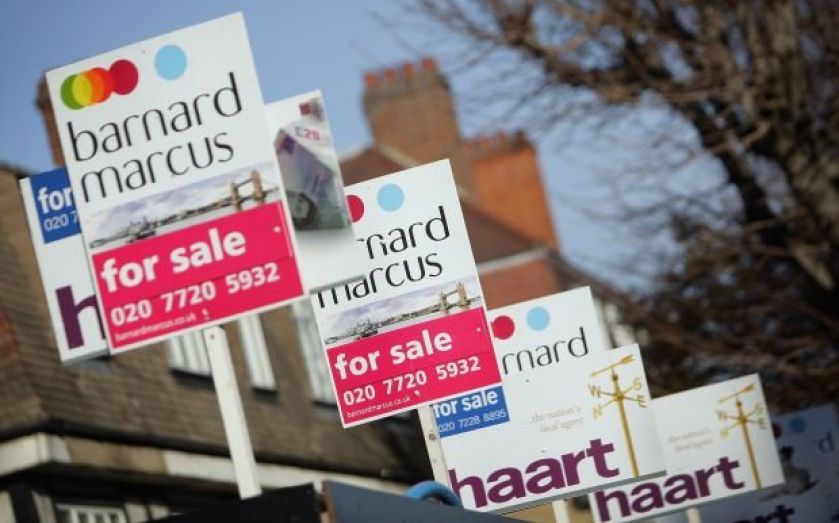 There was another sign that the UK property market may be cooling, after the HMRC released figures showing that the number of properties sold in the month of June had dropped – when the numbers are adjusted by season.

Although the raw number of sales for June, 109,580, is the highest since November 2007 (and identical to that of last November), the figure is distorted by the time of year.

Seasonal adjustment is a statistical technique that attempts to remove predictable seasonal influences to give a more accurate picture of a trend. For example, the number of jobs in the economy will go up around Christmas, but to claim that the increase is significant would be inaccurate.

The quarterly figures show that the second three months of 2014 has been slower than the first when adjusted for the season. A closer look at the monthly data (again seasonally adjusted) shows that actually the number of sales peaked in February this year, not June. We've been slipping ever since.

You can see a graph with the quarterly figures here.

The drop is likely to be linked to the recent fall in house prices. According to Halifax, prices have now dropped for two straight months as the market recovers from the fraught competition for properties.

Peter Rollings, chief executive of Marsh and Parsons estate agents, says the current market is different to that of the beginning of the year.

The UK property market is singing a different tune to that heard at the start of this year. The fierce competition for properties and unprecedented house price growth has subsided as a new wave of supply has come onto the market, stabilising price rises and restoring normality to trading conditions.

Both buyers and sellers alike are benefitting from this new calmness in the market, with a greater array of available property to choose from and slightly slower pace of activity making stepping onto the ladder or trading up a less daunting prospect.

Rollings was quick to note that the long-term trends still show a rise, and year-on-year figures have shown substantial jumps. Recent figures showed London prices up 20.1 per cent with the average UK price up 10.5 per cent.

It seems likely that the property market is beginning to adjust itself to a steadier recovery.