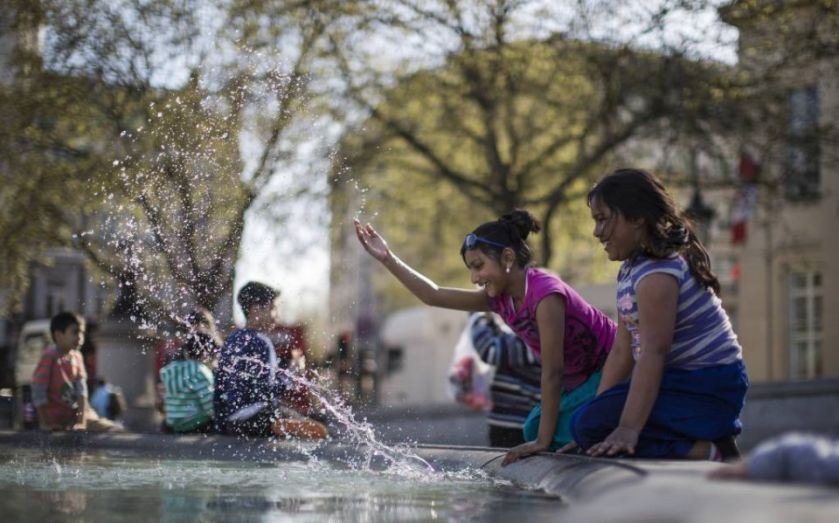 Here's an interesting tweet from the BBC's weather account, which pointed out that with some parts of the capital hitting the heady heights of 24 degrees celsius, it's currently warmer in London than it is in Marrakech, where it's 22 degrees; Malaga, where it's 21 degrees, and Lisbon, where it's a positively chilly 18 degrees.
https://twitter.com/bbcweather/status/588316312910372864

But alack, alas: tomorrow, the mercury is set to plummet to an altogether more seasonally appropriate 17 degrees, while the weekend will be sunny, but only hit 15 degrees on Saturday and 13 on Sunday.

Meanwhile, other parts of the country were experiencing rather less extreme weather, with temperatures hitting 18 degrees in Cardiff and 10 in Manchester.

Next week, the capital is set to be decidedly less balmy, with cloud – but fortunately, no rain – forecast. Still: don't put your coat away just yet.